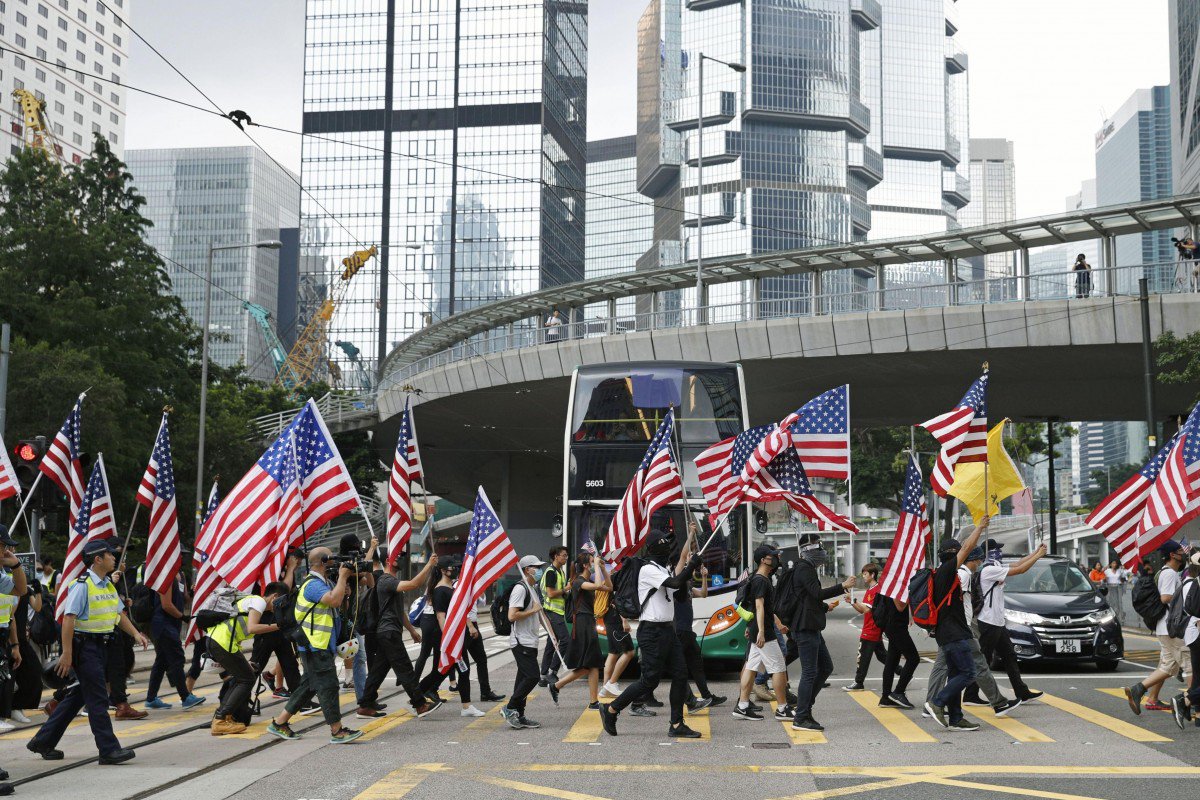 The U.S. Senate Foreign Relations Committee and the House Foreign Affairs Committee on Wednesday approved the so-called Hong Kong Human Rights and Democracy Act of 2019, which will head to a floor vote in each chamber on a later date.

What the United States is doing with this legislation is to interfere in China's internal affairs with political tools, said Ma Yan-kwok, head of the Hong Kong Legal Exchange Foundation.

Such interference runs counter to relevant UN resolutions that prohibit any country from meddling with the internal affairs of another country through economic, political or any other means, he added.

"It is completely wrong to say Hong Kong does not have human rights." These false accusations are pretext created by foreign elements to involve themselves in HKSAR affairs and mess with China, Ma said.

It is not uncommon for the United States to use its legislation to intervene with affairs of other jurisdictions. Both the so-called Hong Kong Policy Act that it enacted in 1992 and the Hong Kong Human Rights and Democracy Act, which is under review at the moment, reflect the hegemonic thinking of the U.S. side, said Tam Wai-chu, deputy director of the National People's Congress Standing Committee Basic Law Committee from Hong Kong.

Hong Kong is widely recognized as one of the freest places in the world as confirmed by various international indexes on the freedom of people and economy.

Hong Kong ranks third-best globally for "human freedom," topping such countries as the United States. The World Bank's indicators show that Hong Kong's percentile rank in respect of rule of law has improved from 69.9 in 1996 to 93.8 in 2017.

Citing these indexes and rankings, Chan Hiu-fung, head of Hong Kong and Mainland Legal Profession Association, said "With the residents enjoying democratic rights and freedom in accordance with law, and the society's prosperity and security guaranteed by 'one country, two systems' principle, Hong Kong has the capability of protecting its residents' rights and freedoms."

Leung Mei-fun, a member of the Legislative Council of Hong Kong Special Administrative Region (HKSAR), said the United States continued stirring up troubles after the HKSAR government withdrew the proposed ordinance amendments concerning fugitives, which revealed its ulterior motives of interfering in China's internal affairs in the name of Hong Kong's well-being.

The legislator said some U.S. politicians selectively listened to the radical opposition in Hong Kong but ignored other views, including those of U.S. business community that may feel the pinch of the bill.

She said the radical opposition in Hong Kong that advocated the bill had intended to solicit foreign forces to disrupt Hong Kong, which may also jeopardize a host of U.S. interests in Hong Kong.

Gu Minkang, professor with the law school of City University of Hong Kong, said Hong Kong's prolonged unrest saw rioters commit crimes that broke the bottom line of the rule of law, democracy and the "one country, two systems" principle, while the police exercised great restraint and only used minimal force.

Overlooking this fact, some U.S. politicians claimed that the Hong Kong police had used excessive force, which is a flagrant double standard and distortion of facts, Gu said.

This will bring a huge negative impact on the prosperity and stability of Hong Kong, as well as on the interests of many U.S. residents, investments and businesses in Hong Kong, he said.