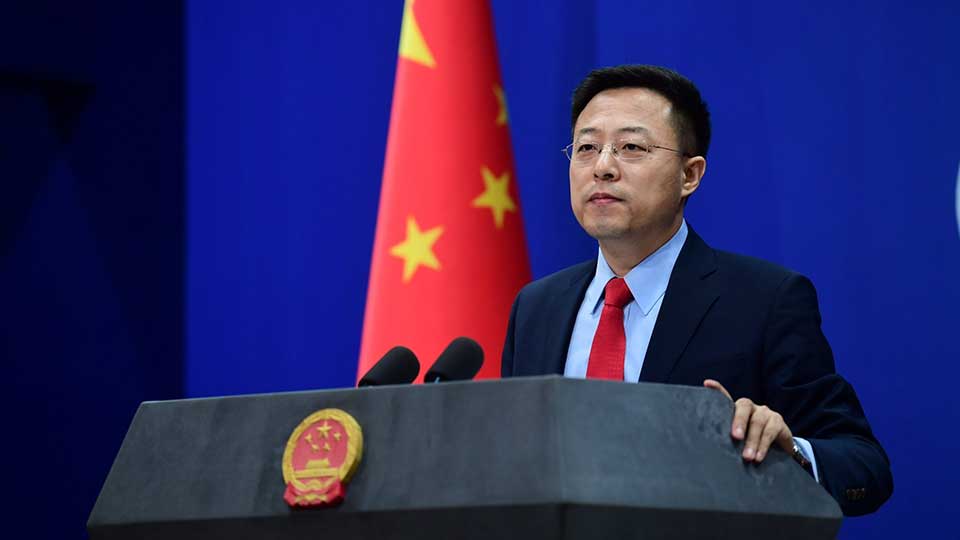 The United States, Britain, and Australia announced on Wednesday the creation of a new trilateral security partnership, called "AUKUS". The first initiative under AUKUS will be delivering a nuclear-powered submarine fleet for Australia.

He said the export of highly sensitive nuclear submarine technology to Australia by the United States and the UK proves once again that they are using nuclear exports as a tool for geopolitical game and adopting double standards, which is extremely irresponsible.

Zhao noted that Australia is a non-nuclear weapon state under the Treaty on the Non-Proliferation of Nuclear Weapons (NPT) and a party to the South Pacific Nuclear Free Zone (SPNFZ) Treaty. He said the international community, including neighboring countries, has every reason to question Australia's sincerity in abiding by its nuclear non-proliferation commitments.

"China will pay close attention to the development of the relevant situation," Zhao said.

China always believes that any regional mechanism should conform to the trend of peace and development of the times and contribute to enhancing mutual trust and cooperation among regional countries, and should not target any third party or undermine its interests, he said.

"Relevant countries should abandon the outdated Cold War zero-sum mentality and narrow-minded geopolitical perception, respect the will of the people of regional countries and do more to contribute to regional peace, stability and development. Otherwise, they will only end up shooting themselves in the foot," Zhao said.