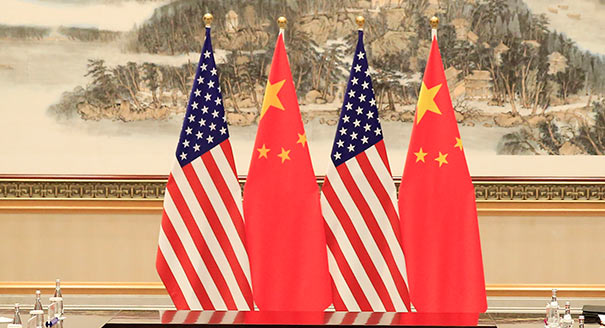 The US has launched a trade war with the intention of building an America-first world order. This plan aims to curb the development of other countries, especially China, a top Chinese political advisor said on Monday in an interview with the People’s Daily.

Yang Yanyi is a National Committee member of the Chinese People’s Political Consultative Conference (CPPCC) and a former head of the Chinese Mission to the European Union (EU).

She told the People’s Daily that the US escalation of the trade war disobeys the rules of free trade, which function based on the comparative advantages of two countries. The escalation is doomed to harm others without benefitting the US, and will have an adverse impact on the global economic recovery, global industrial chain and value chain, and the multilateral trading system.

The US has continuously and unilaterally been escalating trade disputes and caused serious setbacks in China-US trade talks, said Yang.

Calling the move bullying behavior by the US and an extreme pressure tactic that violates multilateral trading rules, Yang said China and the whole international community are firmly opposed.

Yang said that the US broke its word by unilaterally launching a trade war against China. Meanwhile, the international community responded vigorously, because the US is triggering bilateral trade conflicts with other countries around the globe, practicing unilateralism and protectionism in many fields and challenging the multilateral trading system.

China stands firm in safeguarding its legitimate and lawful rights and interests as it faces the unreasonable acts of the US side, Yang noted.

European Commissioner for Trade Cecilia Malmstrom said that US tariffs imposed on steel and aluminum are distorting global trade and may undermine global economic growth, calling the behavior “pure protectionism.”

“At the general debate of the 73rd Session of the General Assembly of the UN in 2018, the majority of the UN members criticized the US for its trade protectionism, believing that unilateralism and trade protectionism are the main risks facing the world economy, and their negative effects have spread to the global supply chain and will threaten the economic growth and prosperity of all countries,” said Yang.

She said that all countries made clear the need to make joint efforts to safeguard the multilateral trading system and enhance exchanges and coordination through the WTO, the UN and other multilateral platforms. Furthermore, they urged the US to follow this trend and return to the right track.

Yang noted that international organizations including the International Monetary Fund, World Bank, G20, and BRICS are calling for all countries to strengthen cooperation, reduce trade barriers, curb the rise of trade protectionism and protect the world economic recovery.

“Despite its arrogance and bullying, the US can’t resist the global trend of peace, development, and win-win cooperation,” said Yang.

History and reality have proved that China and the US always stand to gain from cooperation and lose from confrontation. Cooperation is the only viable choice for both countries.

The first Utah-China Trade and Investment Forum, which was successfully held in the US several days ago, attracted wide attention. During the forum, officials and entrepreneurs from the two countries discussed how to realize mutual benefit and win-win results and forge practical cooperation.

Yang said the forum reveals that many people and enterprises in the US refuse to be misguided by those self-claimed strategists advocating a “new Cold War”. These people and enterprise rejected a Cold War with their practical actions, countering those who propose to disrupt the global supply chain, break up the global market, and cut economic ties between China and the US.

Openness and cooperation are the global trend, even though economic globalization and China-US relations are encountering setbacks, Yang stressed.