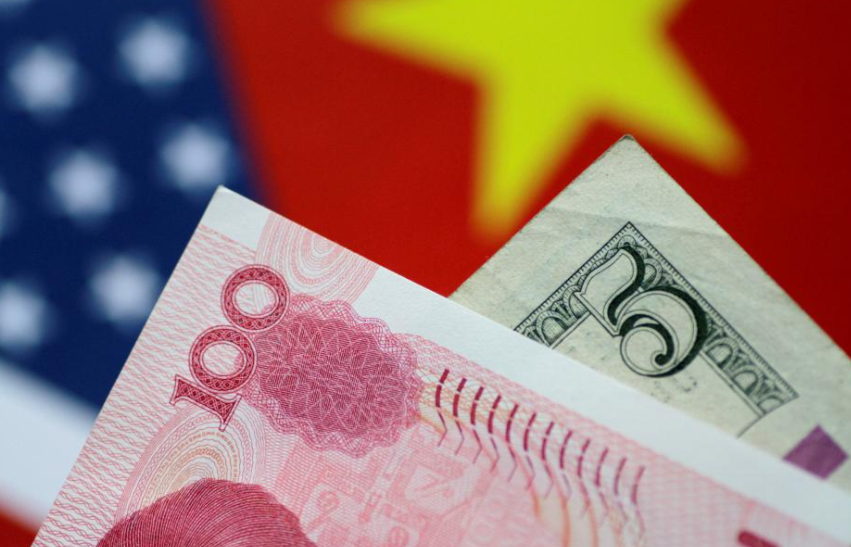 US Dollar and China Yuan notes are seen in this picture illustration June 2, 2017. (File Photo: Reuters)

In a signed article carried by the Oregonian daily, the largest one in Oregon and the oldest continuously published newspaper on the US west coast, Luo said that "trade wars have no winners" and the free-trade basis for China's economic cooperation with the US and Oregon may be in danger under the unilateral protectionist actions arising from US President Donald Trump administration's threat to slap 25 percent tariffs on a list of 1,300 Chinese products worth 50 billion US dollars.

In response, China was forced to take countermeasures by announcing it would impose tariffs of 25 percent on 106 types of products from the United States worth 50 billion dollars within 60 days if America's plan becomes a reality, Luo wrote.

In the almost 40 years since China and the US established diplomatic relations, both countries and peoples have benefited from economic and trade cooperation.

The possible trade war opens Pandora's box that "exposes the US to the risk of retaliation," Luo said.

"Today, China is not only Oregon's largest export market, but also the state's largest source of international visitors," he added.

As one of the eight states that enjoy a trade surplus to China, Oregon's exports have expanded 55 times during the past 20 years and reached 4 billion dollars annually.

He cited Oregon's Nike, the top American company of sports equipment, footwear and apparel, as an example of win-win cooperation between China and the US, saying Nike's sales in China exceed 4 billion dollars as of 2017, accounting for 13 percent of its total global sales.

Despite the trade frictions between Washington and Beijing, the door of negotiation is always open, Luo said, adding that "China wishes to resolve trade disputes with the US through dialogue and consultation on the basis of equality and mutual respects."