CHINA US' China travel ban an 'overreaction' to WHO declaration

US' China travel ban an 'overreaction' to WHO declaration

The US warning against traveling to China due to the novel coronavirus spread is an overreaction, which would greatly hurt global tourism and hinder people-to-people exchanges, Chinese experts say. 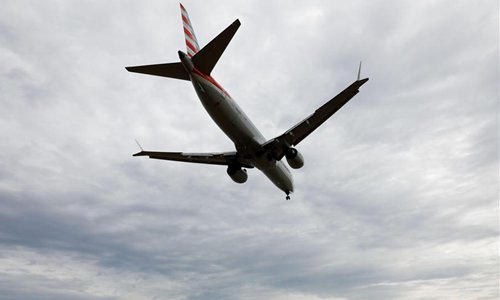 Experts called on other countries not to follow the US unilateral move but the World Health Organization (WHO) advise. They suggested the international community believe in China and work together with China to combat the novel coronavirus and safeguard global health security.

The comments came after the US State Department warned Americans not to go to China after the WHO labeled the novel coronavirus outbreak a Public Health Emergency of International Concern on Thursday night.

However, the WHO issued guidelines that suggest countries do not need to set travel and trade restrictions amid the coronavirus situation.

A US State Department notice said travelers should be prepared for travel restrictions with little or no advance notice. Commercial carriers have reduced or suspended flights to and from China.

Those currently in China should consider leaving using commercial means, it said, noting that the department  has requested all non-essential US government personnel to defer travel to China because of the novel coronavirus. The travel warning is the highest Level 4 - Do Not Travel - in the US.

The US is overreacting and the warning would hinder many people from traveling to China, Ni Feng, deputy director of the Institute of American Studies of the Chinese Academy of Social Sciences, told the Global Times on Friday.

Ni predicted that other Western countries may follow the US in issuing travel restrictions to China.

Zeng Guang, chief epidemiologist of the China Center for Disease Control and Prevention, noted that the US government's move shows its unilateralism, which is unsurprising.

The WHO clarified that they did not suggest other countries impose travel and trade restrictions on China. The advise was made based on multidimensional considerations and global public health interests, which the US ignored, Zeng told the Global Times.

The US government had ordered the departure of all non-urgent US personnel and their family members from Wuhan, Central China's Hubei Province, the coronavirus' epicenter, on January 23.

Imposing restrictions on personal exchanges between the US and China would significantly weigh on US interests in China, considering the huge presence of American companies in China, Li Haidong, a professor at the Institute of International Relations of the China Foreign Affairs University, told the Global Times.

"It may also trigger a humanitarian crisis, as American citizens have married Chinese people, and if they are forced to leave, many families would be separated," Li said.

Many US companies are becoming increasingly entrenched in China, including major US-listed firms such as Tesla, Starbucks, Apple and Boeing, therefore restricting personnel exchanges between China and the US would also have an impact on the US stock market, analysts noted.

The US government had also issued travel alerts on previous public health incidents declared by the WHO, including the H1N1 virus that caused an influenza pandemic in 2009, Ebola outbreak in West Africa and polio in 2014, media reported. During the Ebola outbreak, the State Department alerted US citizens to follow screening procedures and travel restrictions, and reduce air travel to countries including Guinea, Liberia, Sierra Leone and Mali.

Diao Daming, an associate professor at the Renmin University of China in Beijing, urged other countries to abide by the WHO's instructions instead of blindly following the US move.

Diao also noted that at this crucial stage, the most urgent thing for China to do is to try our utmost to contain the coronavirus as soon as possible.