US companies at China import expo

SHANGHAI, Nov. 7 (Xinhua) -- An expo with exhibition space as large as about 40 football pitches can easily disorient a visitor without a good sense of direction and exhaust another without a pair of running shoes.

But at the ongoing inaugural China International Import Expo, they can hardly miss the 180-plus US firms, scattered in nearly every exhibition area and ready to grab every opportunity the vast Chinese market offers. 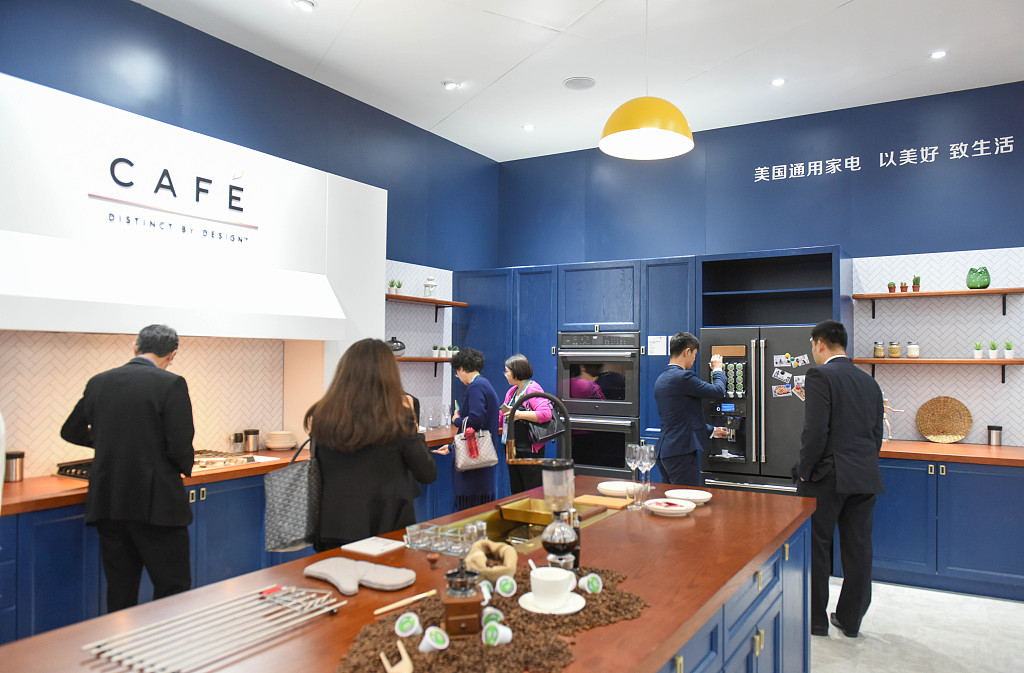 Despite the trade dispute between the world's largest economies, these US companies traveled across the Pacific to join the six-day extravaganza, which is the world's first import-themed, national-level expo.

"Outside of the US, China is the biggest market in the world for us as a single country," said Godfrey Firth, Director of Government Affairs of General Electric (GE) Healthcare Greater China. "This (expo) is a platform to show how local we are and how the healthcare innovations benefit the Chinese people."

GE Healthcare has brought to its booth the 3.0T SIGNA Pioneer, its most advanced magnetic resonance platform. The equipment is capable of quickly scanning of all organs with high-definition imaging, which can help in early detection of malignant tumors.

Big-name US tech firms such as Microsoft, Google and Intel have set up highly interactive booths to make their cutting-edge technology more accessible to ordinary visitors.

With some doodling on a screen, visitors can experience the deep-learning ability of artificial intelligence (AI) technology developed by Google. And after a round of computer games, visitors will see how fast Intel's Core processors are.

In terms of providing fun, Boeing went a step further: The world-famous aircraft manufacturer has brought its 787 Dreamliner's flight deck demonstrator to the expo.

Under the guidance of US flight experts, visitors -- some of whom do not even have a driver's license -- successfully landed one of the world's most advanced aircraft.

More than half of China's airline fleets are using Boeing planes, and over 10,000 Boeing planes flying across the globe have components made in China, according to Wang Yukui, director of Northeast Asia Communications of Boeing.

"The cooperation between Boeing and China has been deep and wide-ranging," Wang said. "Boeing's commitment to the Chinese market is long-standing."

Many representatives of US companies said they hoped to fully demonstrate their companies' strengths at the Expo, further tap the increasingly open Chinese market and provide more diversified products and services for the country's consumers.

Qualcomm, one of the first US companies that confirmed their attendance to the expo, is showcasing its latest technology and products in areas such as a 5G mobile network, AI and the internet of vehicles and things.

Chen Hanquan from Whirlpool's planning department said that many well-off Chinese customers can no longer put up with a messy kitchen, and the embedded kitchen appliances offer the right solution.

"We want to promote the concept that the kitchen is not only a place to cook alone but also a place to socialize," Chen said. "It is not a pain but a pleasure to cook."

Robert Aspell, President of Cargill Asia-Pacific, said his company is encouraged by China's support of global trade and the country's plan to further open itself to the world.

"As a global leader in food and agriculture industry, and with more than 40 year's history in China, Cargill will continue to invest in this key strategic market and develop a win-win situation with our customers, partners and farmers," Aspell said.