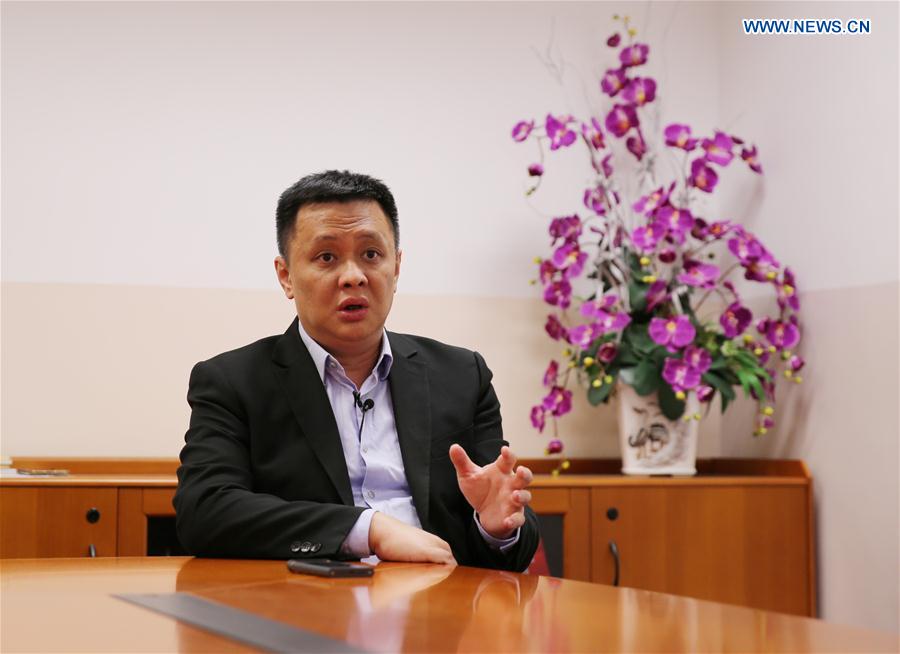 "The United States attempted to use the act to threaten the administration of the government of the Hong Kong Special Administrative Region (HKSAR), weaken the central government's governance over the HKSAR and further contain China's development by messing up Hong Kong," said Tang, who is also the principal of Hong Kong's Heung To Secondary School (Tseung Kwan O).

The Hong Kong society has been plunged into chaos and extremist violence continued to escalate after the now-withdrawn ordinance amendments concerning fugitives' transfers sparked unrest in Hong Kong in June.

Against such backdrop, the passage of the act will further encourage rioters and their violent activities, said Tang, adding that such an act is a product of long-standing collusion between anti-China people seeking to disrupt Hong Kong and some anti-China forces in the United States.

For anti-China people seeking to disrupt Hong Kong, the relevant act could provide an "umbrella" for them, and for the anti-China political forces in the United States, the act could serve as an important means to contain China by disrupting Hong Kong, he noted.

"Since its return to the motherland, Hong Kong has further expanded the extent of political freedom, democratic rights and implementation of the rule of law; while when Hong Kong was under the British colonial rule, the governors were entitled to absolute power over execution, legislation and jurisdiction," Tang said.

"Some opposition media and politicians in Hong Kong with ulterior motives turned a blind eye to such positive changes and confounded right and wrong."

"And some young people were born and raised up after Hong Kong's return to the motherland in 1997, thus have no experience of living under the colonial rule, and it is ridiculous for them to think that the Hong Kong people were given more freedom and democracy in the colonial era," he added.

The act proposed to review Hong Kong's special trading status based on annual assessment. However, Tang pointed out that Hong Kong's unique economic status is not a boon gifted by any foreign governments, rather it is fundamentally granted by the national Constitution, the Basic Law and the "one country, two systems" principle, and its economic status is widely recognized by the international community.

Tang stressed that using relevant acts to impose sanctions on the HKSAR government officials and lawmakers is purely "long-arm jurisdiction."

The United States has major stakes in the financial and trading sectors in Hong Kong, Tang said, adding that the passage of the act by both US House of Representatives and the Senate will severely affect the mutually beneficial and cooperative relations.

The act would only serve as a "double-edged sword," he said, adding that should the United States persist in its own way, the US business interests in Hong Kong were bound to be harmed.

Since the chaos hit Hong Kong, some Western media and politicians have deliberately glossed over the rioters' extremist violence while ignoring the professionalism and restraint of Hong Kong police, which resulted in Western community's lack of comprehensive and objective knowledge, or even misconception of the riots and violence in Hong Kong, Tang added.

"It is impossible and purely wishful thinking that they can bludgeon the central government into compromising on issues of principle by destroying and messing up Hong Kong," Tang said, referring to those anti-China people who are creating chaos in Hong Kong.

"Neither should they hold illusions that their violence could win some so-called sympathy or support from the West," Tang added. "If riots continue, it will only wreak havoc on Hong Kong's rule of law, social and economic development and people's welfare."