After issuing a warning to US firms over the “risks” of doing business in the Hong Kong Special Administrative Region (HKSAR), the US government has taken a step further and sought to pressure businesses to leave the city, in a fresh attempt to sow chaos in the city and interfere in China’s internal affairs, a source close to the matter told the Global Times on Monday. 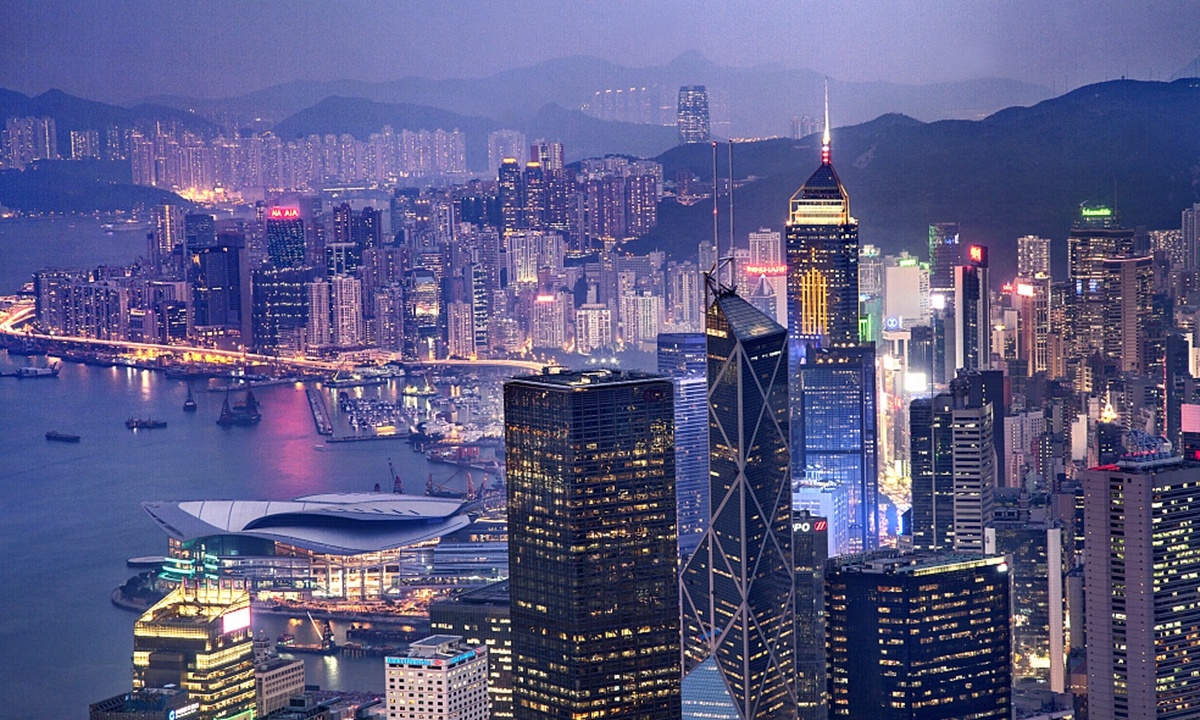 The US Consulate in the HKSAR has convened a meeting of some US companies and urged them to withdraw from the city, citing so-called increasing risks of doing business in the city, according to the source, who spoke on the condition of anonymity.

The move showed that the US is attempting to interfere in market activities through administrative measures, after issuing a warning of risks in the HKSAR, the source said.

“The US action once again exposed the US’ plot to interfere in Hong Kong affairs, sow chaos in the city and undermine China’s sovereignty and security interests,” Tian Feilong, a member of the Beijing-based Chinese Association of Hong Kong and Macao Studies, told the Global Times on Monday.

The US government on July 16 issued an advisory warning to US businesses about “risks” for their operations and activities in Hong Kong due to the implementation of the National Security Law in the HKSAR.

The advisory asserted that businesses face risks associated with electronic surveillance without warrants and the surrender of corporate and customer data to authorities.

The move drew opposition from some US companies, which expressed their intention to stay in the HKSAR. Industry observers have also repeatedly refuted the US’ baseless accusations, pointing out that business environment in the city has improved as the implementation of the national security law helped restore order and stability in Hong Kong.

Foreign businesses have also showed confidence in the city with the amount of funds flowing into Hong Kong reaching $50 billion in 2020. There has been no report that any of the more than 4,000 multinational companies operating in Hong Kong has left the city due to the law.

US companies are the direct beneficiaries of Hong Kong's prosperity and stability. Currently, the US’ annual trade surplus with the HKSAR is over $30 billion, stocks of US direct investment in the city is close to $100 billion, and more than 1,300 US companies have set up offices in Hong Kong, official data showed.

Tian said that the US ignores the facts in its attempt to undermine the businesses ties between US firms and the HKSAR and would harm US interests, Tian said. “This is extremely irresponsible to US companies and personnel in Hong Kong,” he said, noting that it is the US’ illegal and inappropriate actions that pose unprecedented risks for US businesses.

"Hong Kong's tomorrow will be better and better," Tian said. “People don't want to see US companies that have worked so hard in Hong Kong for many years miss out on their promising prospects due to some US politicians’ mistake of politicizing economic and trade issues in Hong Kong.”