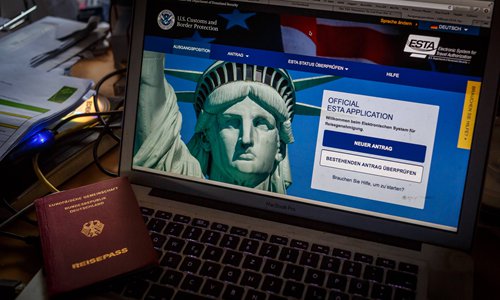 The US government's antagonistic and hostile mentality is creating an unhealthy atmosphere for academic exchanges between China and the US, observers noted, after the US Customs and Border Protection denied nine Chinese students re-entry to the US.

Last month a number of returning undergraduate students from China were detained by the agency at the Los Angeles airport and denied entry to the US to continue their studies, Katie Paquet, vice president of Media Relations and Strategic Communications of Arizona State University (ASU), where the nine students study, said in an email sent to the Global Times on Monday.

The students have returned to China, she said.

Paquet said the university has engaged with all levels of the federal government last week, including the Secretary of State and acting Secretary of Homeland Security, to understand the circumstances surrounding these actions and work to rectify the situation as soon as possible. Yet the university received no response as of press time.

Some US universities, like ASU, still want to attract Chinese students. However, the US government has an antagonistic attitude toward China and Chinese students, Li Haidong, a professor at the China Foreign Affairs University's Institute of International Relations, told the Global Times.

Li said that US foreign policy is tinted with strong exclusionism. "From a 'trade fortress' to an 'academic fortress', we see the US is whittling away at its confidence. It will be a great tragedy for the US if it goes down this path," he said.

Some media outlets reported the students were denied entry over academic dishonesty.

The university slammed the reports, saying that "the detentions and denials of admission were not based on allegations of academic dishonesty… Customs and Border Protection has not told ASU it was related to academic dishonesty."

Even if in case of academic integrity, it is the university which should make the decision, not the Customs and Border Protection, Paquet said.

She said many of the students have opted to continue their studies by taking online courses and completing the independent study. "We will continue to stay in touch with these students to provide support for their studies and for a possible return to the US."