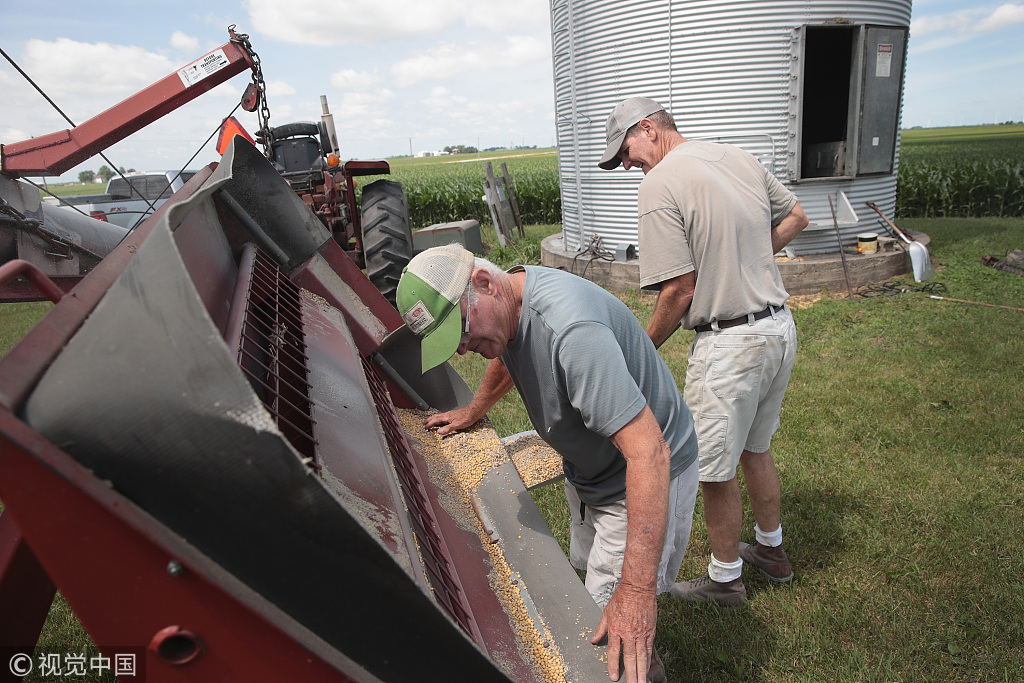 US farmers find themselves in the crosshairs of a trade war with China and others launched by President Donald Trump, who was elected with the support of many in rural America.

On Friday, Trump announced long-threatened trade tariffs on tens of billions of dollars worth of Chinese goods, sparking an immediate retaliation from Beijing on an equivalent of US products including agricultural goods, notably soy.

"For American farmers, this isn't theoretical anymore, it's downright scary," the Farmers for Free Trade lobbying group said of the prospects for escalating tariffs.

"It's no longer a negotiating tactic, it's a tax on their livelihoods."

China is the largest buyer of soy beans, buying $12 billion in 2017, about 30 percent of the US harvest.

"We were already in a depressed market. These trade uncertainties add a lot of stress to this situation," said Jamie Beyer, a farmer in Wheaton, Minnesota who grows soybean, corn, sugar beets, wheat and alfalfa.

"We feel these tariffs are very damaging to our agricultural economy."

Farmers are the most at risk in this trade battle, as their incomes already were falling, declining by around 50 percent since 2013, and this year expected to reach the lowest level since 2006.

The sector already was shaken up by the difficult negotiations on the North American Free Trade Agreement (NAFTA) with Canada and Mexico, two major importers of agricultural products.

On her family farm in Oklahoma, Hope Pjesky raises cattle and grows winter wheat, and says she is "very nervous" about recent developments.

"Unfortunately, agriculture seems to be the industry that they hit back on when there is retaliation. I just wish there were a better way to go about addressing that issue," she said.

That is according to plan, since US trading partners have singled out American products from states strongly supportive of Trump, in hopes of increasing the pressure on him to reconsider.

But Pjesky noted that "there are a lot of people who voted for him that still have faith that it is just going to end up well."

It is difficult to quantify the precise cost of Chinese sanctions, but Missouri corn and soybean farmer Blake Hurst said he already is seeing an impact on prices.

The weather remains the main factor influencing the price of corn, wheat, soybeans and cotton, but the threat of renewed tensions between Beijing and Washington hit the market hard this week and the soybean price fell by more than six percent.

"It will affect our profitability" and cut the number of acres cultivated, he said.

Top photo: Farmer John Duffy (L) and Roger Murphy load soybeans from a grain bin onto a truck before taking them to a grain elevator on June 13, 2018 in Dwight, Illinois. U.S. Soybean futures plunged today with renewed fears that China could hit U.S. soybeans with retaliatory tariffs if the Trump administration follows through with threatened tariffs on Chinese goods. (Photo by Scott Olson/Getty Images)