CHINA US government should be fair towards HK national security law: Lam

US government should be fair towards HK national security law: Lam 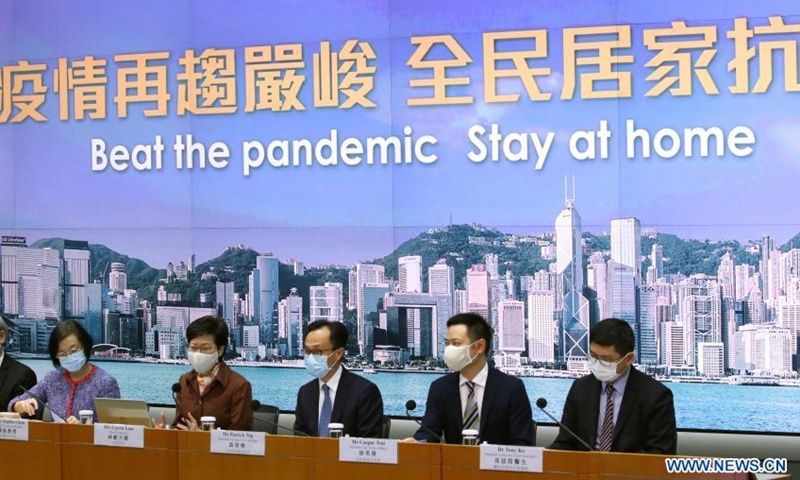 She and 11 other Chinese sanctioned by the US government, will not be intimidated and will continue carrying out responsibility to protect China's sovereign and territorial integrity, Lam said.

The comment was made on Tuesday at the Hong Kong Forum on US-China Relations, a three-day meeting co-hosted by the China-US Exchange Foundation and the China Center for International Economic Exchanges (CCIEE) in Beijing.

Lam noted that it is both necessary and reasonable for the central government to formulate the national security law for HK, since extreme social unrest and violent acts had happened in HK in 2019.

The national security law, enacted last year, lists four crimes that endanger China's national security and contains specific terms on safeguarding the human rights and freedom in Hong Kong. It also shows important principle of rule of law, such as the presumption of innocence before judicial conviction. Lam stressed that those important characters have made Hong Kong national security law to be in par with, or even better than that of other jurisdictions, including the US.

Hong Kong has achieved stability after the law's enforcement, according to Lam. And she noted that a "stable social environment is vitally important for Hong Kong's prosperity" and business activities of local and overseas enterprises.

Lam added that stable China-US ties also matters a lot for the world, and this could be only achieved by constructive dialogues between the two parites at all levels.