CHINA US govt should support, not interfere in bilateral business: MFA

US govt should support, not interfere in bilateral business: MFA

There has been a report about the U.S. government's considering a proposal to restrain General Motors (GM) from offering engines to Chinese commercial aircraft C919 over tech-copy concerns, which will be detrimental to both companies and disrupt bilateral science and trade cooperation, said Geng at a daily press conference. 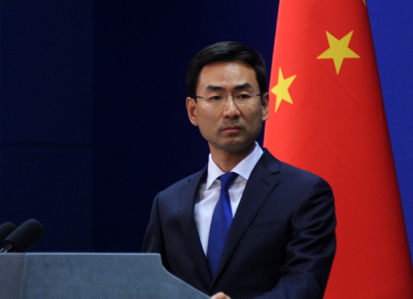 "We have noted some relevant reports of GM questioning the proposal, saying the imitation of engines is unexpectedly difficult and their tech-cooperation with China has lasted many years," said Geng.

If true, those reports tell us a few things. Compared to government officials, American businessmen are more reliable as their words are more fact-based and make sense, said Geng.

Those government officials who lack sci-tech knowledge defy market principles and panic about China's development. The GM case shows how the US leverages political power to hurt bilateral business ties while thwarting China.

The brutal interference will hurt companies from both countries and in the long run seriously disturb scientific and trade talks across the globe. "We urge the US to treat Chinese firms and business fairly," added Geng.