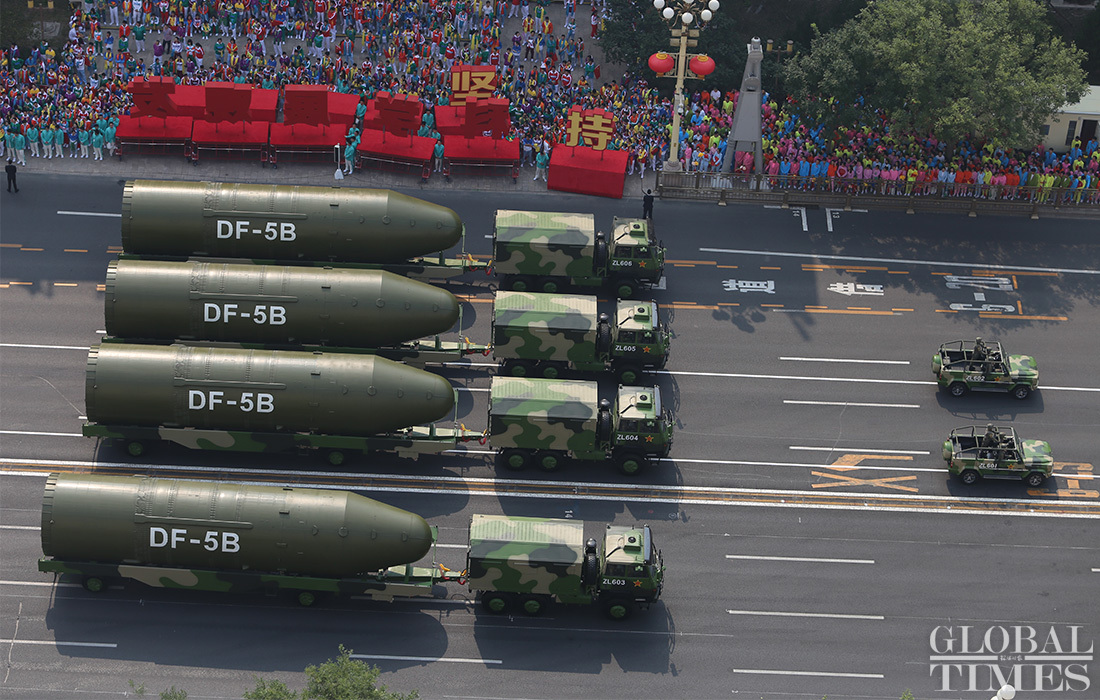 The US Department of Defense has always used the annual report on China's military development to persuade US Congress to authorize a greater defense budget, so it will continue to misinterpret China's strategic intention to make its demand appear more reasonable, analysts said, adding that this year, the Pentagon has specifically speculated on the number of China's nuclear warheads. This proves that US military policymakers are extremely concerned about the number amid rising tensions between the two countries.

China's Ministry of National Defense said on Wednesday in a statement that the Pentagon report released on Tuesday is "full of zero-sum game and cold war mentality," and apart from stigmatizing China's national defense expenditure and nuclear policy, it's also creating tensions between the two sides of the Taiwan Straits, which is a terrible mistake, and China expresses firm opposition to it.

"We will response based on the situation," the statement said.

China is "developing new intercontinental ballistic missiles (ICBMs) that will significantly improve its nuclear-capable missile forces. The number of warheads on the PRC's (People's Republic of China) land-based ICBMs capable of threatening the United States is expected to grow to roughly 200 in the next five years."

"Over the next decade, China's nuclear warhead stockpile — currently estimated to be in the low-200s — is projected to at least double in size, as China expands and modernizes its nuclear forces," the report said.

A Beijing-based military expert on Chinese nuclear strategy who requested anonymity told the Global Times on Wednesday that the Pentagon's speculation is "totally groundless" because even in the PLA Rocket Force, the vast majority of officers don't know the exact number of warheads. "So how could US military get the information?"

"What the Pentagon wants is to use the speculation to elicit a response from China, and help it to get more accurate intelligence. This proves that China's nuclear strength is a significant concern to the US. The effective deterrence has prevented the US from launching overbearing hegemonic aggressions against China," the expert said.

Song Zhongping, a Chinese military expert on nuclear strategy, told the Global Times on Wednesday that the US will be concerned more about China's nuclear strength than its conventional one, and China will continue to develop its nuclear arsenal to ensure its national security. "Doubling the current size" is probably not the final goal because the international strategic situation has changed.

"In the past, China didn't need too many warheads. But since the US is labeling China its top strategic competitor, if China doesn't have enough nuclear deterrence, the US will be more aggressive to harm China's interests," Song noted.

The Stockholm International Peace Research Institute (SIPRI) Year Book 2020 says the US has at least 1,750 deployed warheads, 4,050 other warheads and 5,800 in its inventory. The US has withdrawn from the Intermediate-Range Nuclear Forces Treaty with Russia, and Chinese experts said Washington is trying to boost its military hegemony against China, Russia and other countries by quitting the international arms control and disarmament treaty.

The US has no right to accuse other countries on military issues, as it has created the greatest uncertainties in recent years to global security, and has damaged the power balance between major powers, the anonymous expert said.

The US nuclear arsenal is much bigger than China's, and the Pentagon is still trying to peddle the China military threat theory to Congress for a larger defense budget. It will exaggerate the "achievements" of China's military development, Song said.

"Although China's nuclear arsenal is not as big as the US', it has exerted strong nuclear deterrence. Whether China will increase its nuclear warheads depends on the extent of threat the US poses to China's national security. China will make its nuclear arsenal enough for mutual assured destruction with the US in a nuclear war. Some ignorant and arrogant US politicians with strong hostility toward China might have no idea how powerful China is. But those at the Pentagon will remind them to be careful," the anonymous expert noted. 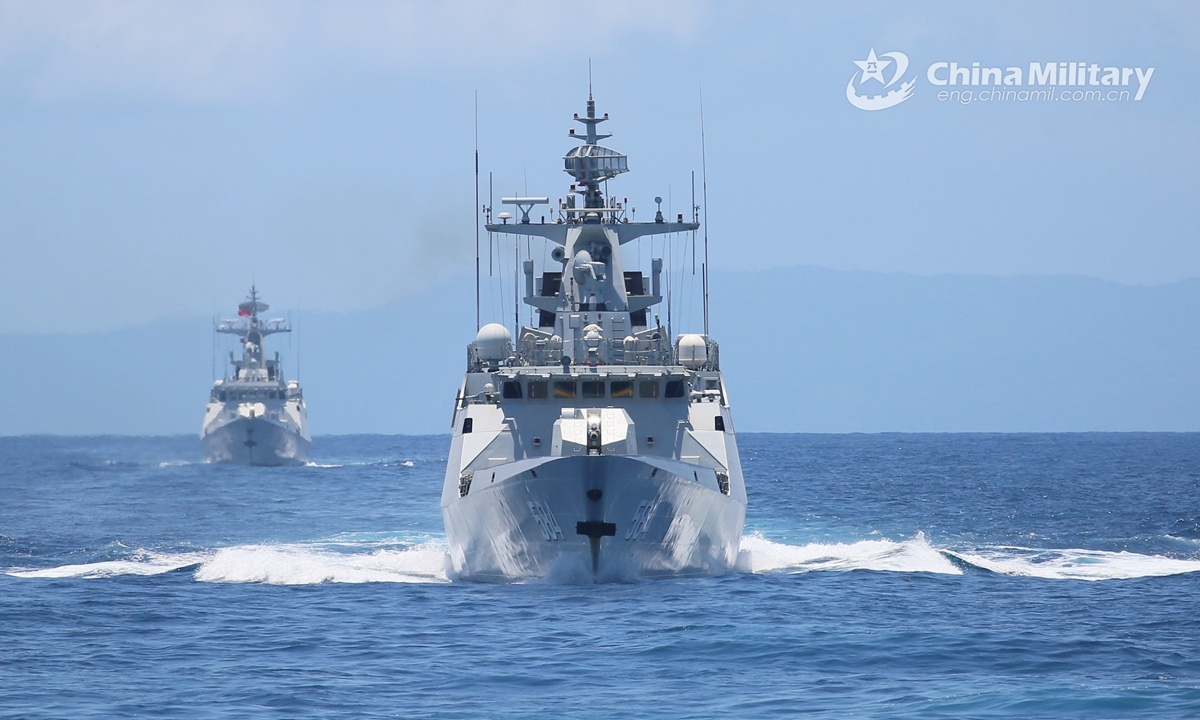 The guided-missile frigates Meizhou (Hull 584) and Liu Panshui (Hull 514) attached to a frigate flotilla with the navy under the PLA Southern Theater Command steam in line astern formation during a maritime realistic training exercise in waters of the South China Sea on July 13, 2020. (Photo:China Military)

Apart from nuclear strength, the Pentagon's report also made a comprehensive assessment of China's naval, air defense and missile development.

The report said "the PRC has numerically the largest navy in the world, with an overall battle force of approximately 350 ships and submarines, including more than 130 major surface combatants."

Chinese military analysts said this is a typical example of an exaggeration because "the numerically largest navy" doesn't mean "the most advanced and powerful," as many Chinese naval vessels are smaller than the ones in the US Navy. So in terms of major combat vessels, the US Navy still has an advantage.

The report also said"China is already ahead of the United States in certain areas," such as "shipbuilding," "land-based conventional ballistic and cruise missiles," and "integrated air defense systems."

Song said it seems like the Pentagon acknowledged China's military achievements in some areas, and proved that China's military reform in recent years has been successful. Still, it's an old trick to ask for a big budget, because when Congress learns that "China is doing better than the US, they will get nervous and pass the budget easily."