The latest US human rights report is the same as previous years, with the China-related section full of ideological bias, the Ministry of Foreign Affairs spokesperson Lu Kang said Thursday at a routine press briefing. 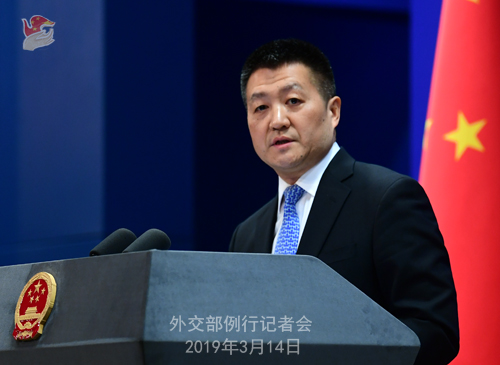 The report disregards the facts, confuses right and wrong, and makes all sorts of unfounded accusations against China. "We firmly oppose this, and have lodged solemn representations with the US," he said.

Lu stressed that the Chinese government attaches great importance to the protection and promotion of human rights. Since the founding of the People's Republic of China, especially in the past 40 years of reform and opening up, China's human rights cause has made great achievements. The Chinese people have the most say in the cause of human rights in China, and the international community is also a witness to this. The Chinese people will continue to move forward along the path of socialism with Chinese characteristics and continue to achieve new achievements in development.

"We urge the US to remove its 'colored glasses', abandon the Cold War mentality and ideological bias, objectively and fairly view China's human rights situation, and stop using human rights to interfere in China's domestic affairs," the spokesperson said. "We also advise the US to reflect and focus on addressing its own human rights issues."