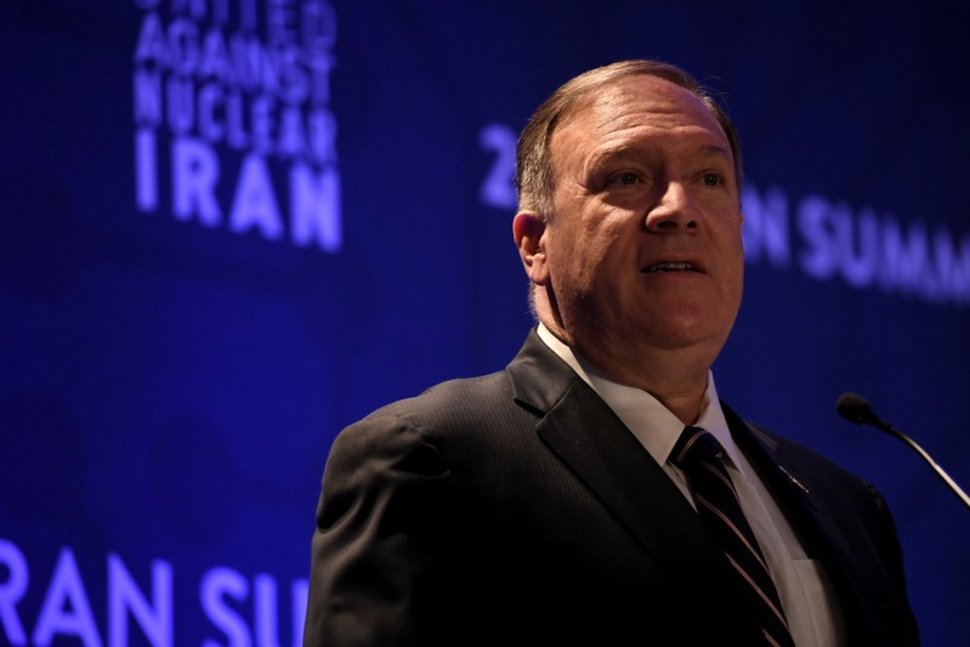 File Photo of US Secretary of State Mike Pompeo

WASHINGTON, Oct. 31 (Xinhua) -- US State Department announced Thursday that it has imposed sanctions on Iran's construction sector and the transfer of four materials related to the country's nuclear or military programs.

The State Department said in a statement that Iran's construction sector was blacklisted as it is "controlled directly or indirectly" by Iran's Islamic Revolution Guards Corps (IRGC), which was designated by America as a terrorist organization in April.

The United States also slapped sanctions on the trade of four materials with Iran, which Washington claimed are used in connection with Iran's nuclear, military or ballistic missile programs, said the statement.

The latest sanctions are part of the U.S. campaign to maximize economic pressure on Iran, it said.

Meanwhile, it was reported on Thursday that the U.S. State Department had extended sanctions waivers that permit foreign companies to work with Iran's civilian nuclear program without facing US punishment. The waivers, which was due to expire on Tuesday, were extended for another 90 days.

Following the exit from the Iran nuclear deal, the Trump administration has kept piling up pressure on Iran through a series of sanctions and designations, which have been strongly opposed and criticized by Tehran.