China should strengthen its cooperation with the Association of Southeast Asian Nations (ASEAN) to maintain peace in the South China Sea, analysts said, after ASEAN military chiefs urged peace in the region.

Military chiefs of the ten nations reaffirmed in a joint statement "the importance of maintaining and promoting peace, security, stability, safety, and freedom of navigation in and over-flight above the South China Sea, as well as the need to enhance mutual trust and confidence, exercise self-restraint in the conduct of activities and avoid actions that may complicate the situation," the Philippines-based online news outlet Rappler reported Sunday. 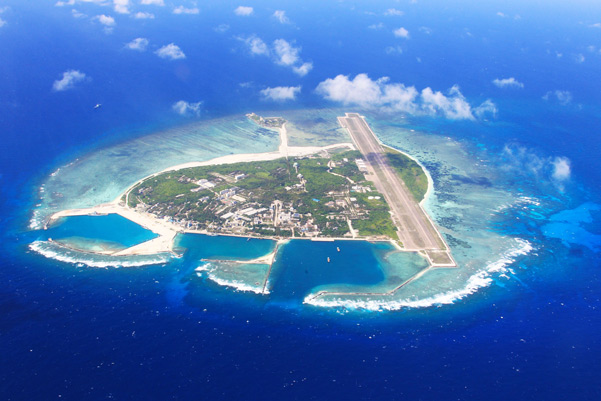 They also emphasized the importance of "a peaceful resolution of disputes in accordance with international law," according to the report.

The joint statement came after the ASEAN Chiefs of Defense Forces Informal Meeting (ACDFIM) in Singapore on Thursday.

"China should take this opportunity to negotiate with ASEAN countries on the text of the Code of Conduct (COC) in the South China Sea to regulate behavior in the region," Chen Xiangmiao, a research fellow at the National Institute for the South China Sea, told the Global Times on Monday.

China should also expand its offshore cooperation with ASEAN in the South China Sea in the fields of tourism, ecological protection, marine search and rescue, oil and gas development and scientific research, Chen said.

Armed Forces of the Philippines Chief of Staff Rey Leonardo Guerrero also agreed with his ASEAN counterparts on the importance of maintaining peace in the South China Sea, according to another Philippine media, Interaksyon's report on Sunday.

The situation in the South China Sea is improving, there is a golden opportunity as China and ASEAN countries all agreed to develop a COC and preserve its hard-won tranquility, Chinese Foreign Minister Wang Yi said at a press conference on the sidelines of the annual session of the National People's Congress on Thursday.

China and the ASEAN foreign ministers formally endorsed the framework of the COC in August 2017, Xinhua News Agency reported.

"There could be a difference in opinion among ASEAN countries, but there is at least an agreement among ASEAN countries that military force should not be used in the South China Sea," Zhao Gancheng, director of the Center for Asia-Pacific Studies at the Shanghai Institutes for International Studies, told the Global Times on Monday.

"Countries outside the South China Sea such as the US and India might continue to intervene, and that will be a key challenge in the region." Zhao said. "China should also make good use of the consultative mechanism to solve problems with those countries," Zhao said.