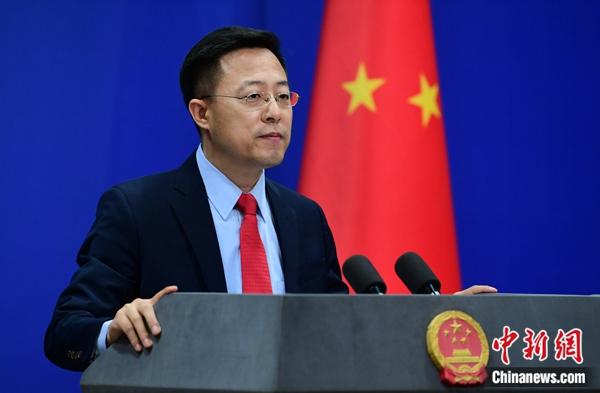 It is shameful that the Helena Kennedy Center is acting as a vanguard of anti-China forces under the cloak of academia, said the Chinese Foreign Ministry spokesman on Friday.

The Helena Kennedy Center at Sheffield Hallam University on Tuesday released a report, hyping up the so-called human rights issue in Xinjiang.

The report on the existence of "forced labor in Xinjiang" is full of mistakes, which cannot withstand basic fact-checking, and has repeatedly been disavowed by relevant parties, said Zhao Lijian at a press briefing. "The university center you mentioned has repeatedly issued false reports related to Xinjiang."

Those involved in such reports were revealed to have received large amounts of funding from relevant US agencies, and some even had ties with terrorist organizations. The Helena Kennedy Center is funded by the founder of an anti-China extremist political group, said Zhao.