CHINA US is hurting itself, the world with tariff move: MOC

US is hurting itself, the world with tariff move: MOC 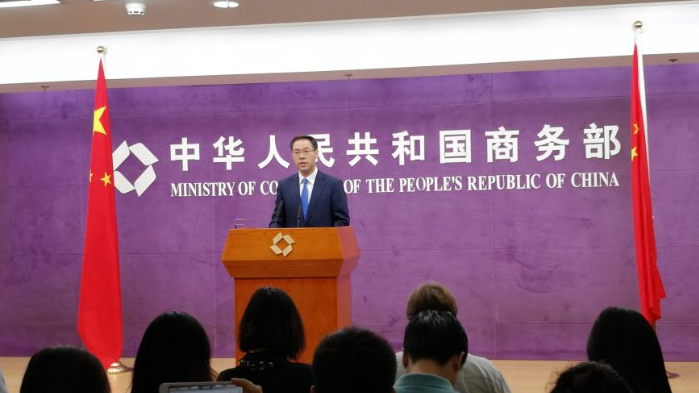 Gao Feng, spokesperson of Ministry of Commerce on a press briefing on July 5, 2018. (Photo: MOC)

BEIJING -- The United States is hurting itself as well as the world by imposing additional tariffs, China's Ministry of Commerce (MOC) said Thursday.

"If the United States starts imposing additional tariffs, it will actually be charging taxes on firms both in China and around the world, as well as American companies," MOC spokesperson Gao Feng said at a press conference.

Gao pointed out that China is an important supporter and participant in economic globalization and global industrial chain, many of its export commodities are products made by foreign enterprises in China. "Around 59 percent of products worth 34 billion US dollars subject to additional tariffs are made by foreign firms in China, with American firms making up a considerable part."

"The US tariff move is in essence a hit to the global industrial and value chain," Gao said. "To put it simply, the United States is firing at the whole world. It is also firing at itself," he added.