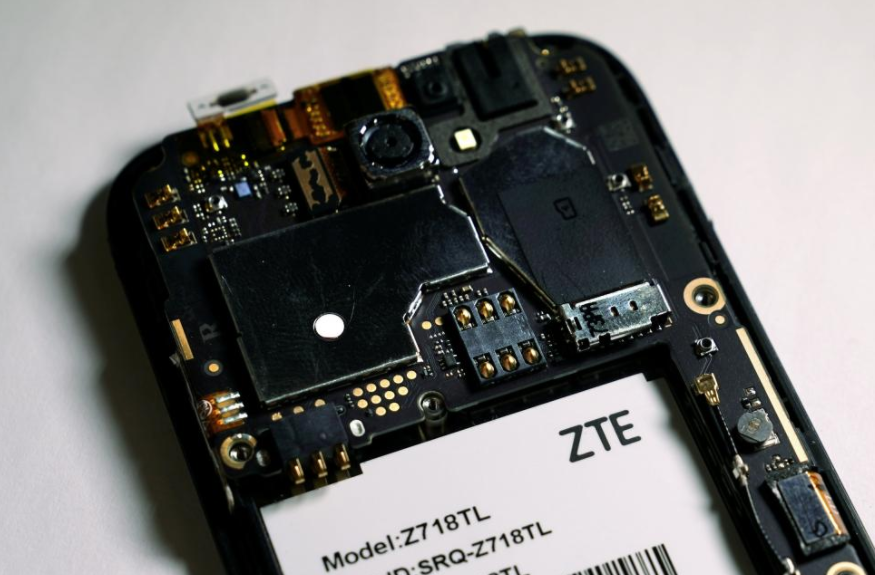 The sales ban of Chinese-branded smartphones at US military bases around the world over an alleged security threat is ridiculous, as the Chinese handset-makers using US operating systems and chips are unable to preload back door programs on the devices, analysts said.

The US Department of Defense on Wednesday ordered a halt to sales of phones made by Chinese manufacturers Huawei and ZTE, which analysts say reflects US President Donald Trump's aim at Chinese tech companies.

"Huawei's products meet the highest standards of security, privacy and engineering in every country we operate in, including the US … We want to be clear that no government has ever questioned the security or integrity of any of our networks or devices," a Huawei spokesperson said on Thursday in response to the US military sales ban.

He stressed that Huawei is an "employee-owned company."

Pentagon spokesperson Maj. Dave Eastburn claimed that "Huawei and ZTE devices may pose an unacceptable risk to the Department's personnel, information and mission."

US intelligence officials are worried that China could "order Chinese manufacturers to hack into products they make to spy on or disable communications," the Wall Street Journal quoted unnamed sources as saying. But the Pentagon did not provide any technical details of the alleged potential threats.

ZTE did not respond to an interview request from the Global Times as of press time. The US has banned ZTE from purchasing components and services from US manufactures for seven years in mid-April.

Li Yi, a senior research fellow at the Shanghai Academy of Social Sciences' Internet Research Center, told the Global Times on Thursday that the Pentagon's move is "ridiculous" and motivated by the US' desire to stem the momentum of Chinese tech firms.

"Can US officials provide any evidence of the alleged back door for spying in the devices?" Li asked.

Wang Yanhui, head of the Mobile China Alliance, a Shanghai-based industry association, noted that both Huawei and ZTE mobile phones use the Android operating system, developed by Google, and chips made by US firms such as Qualcomm.

"Technically speaking, creating a back door to bypass either the operating system or chip is virtually impossible," Wang told the Global Times on Thursday.

In contrast, the chances that US firm Apple could preload spyware in its telecommunication equipment shipped to China are larger [than that of Huawei and ZTE], Li said. "Apple's key components are all US-made, which makes it much easier for the US to hide back door programs," he said.

Using the US officials' line of reasoning, it is also proper for China to ask its officials to stop purchasing iPhones for "potential high-stakes safety," Li added.

Wang added that inserting back doors to mobile devices sold at or near US military installations worldwide would be costly, which market-oriented private firms like Huawei and ZTE would never do.

The Wall Street Journal report said that last year, only about 2,400 Huawei and ZTE mobile phones were sold at US military bases around the world.

Industry insiders predict the Pentagon warning would have a "limited" impact on the overseas sales of the two domestic producers.