Disregarding the facts and history, the US has made unfounded accusations against China, sowed discord in the South China Sea and sent two US Navy aircraft carriers for dual exercises in the region, which fully exposed its hegemony mentality and double standards, China's Ministry of National Defense spokesperson Ren Guoqiang told a press conference on Thursday. 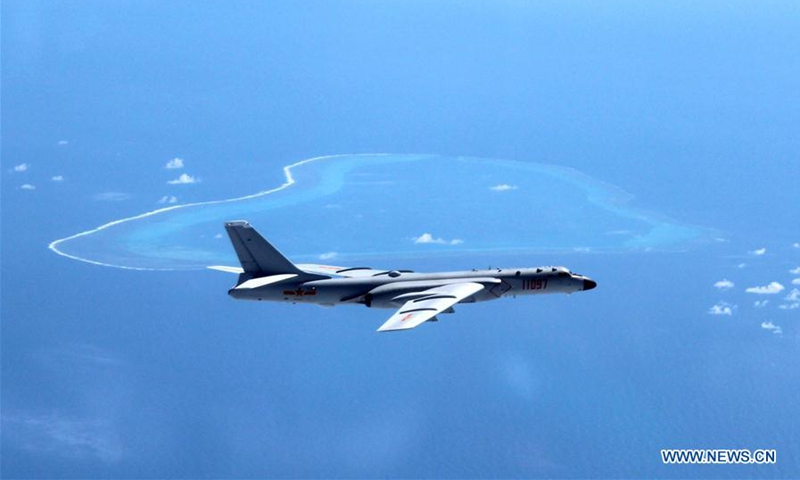 The US wants to portray itself as "referee" over the South China Sea issue, but is actually the one that disturbs regional peace, destroys regional cooperation and sows discord among regional countries, Ren said, in response to a US State Department release that accused China of causing instability in the South China Sea by conducting military drills in the Xisha Islands.

Ren said that China has indisputable sovereignty over relevant islands, reefs, and waters in the South China Sea, which has sufficient historical and legal basis.

Currently, through the joint efforts of China and ASEAN countries, the situation in the South China Sea is stable and the relevant negotiations have achieved positive progress.

"We urge the US to stop making wrong remarks, stop military provocations in the South China Sea and stop instigating discord among countries in the region," Ren said, noting that the US' troublemaking in the region will only make China more firm in protecting its sovereignty and security as well as safeguarding regional peace.