BEIJING, July 25 (Xinhua) -- The abrupt US decision to close the Chinese Consulate General in Houston has aroused concerns and widespread criticism, with several scholars and experts describing it as a "dramatic step" to deteriorate the bilateral ties. 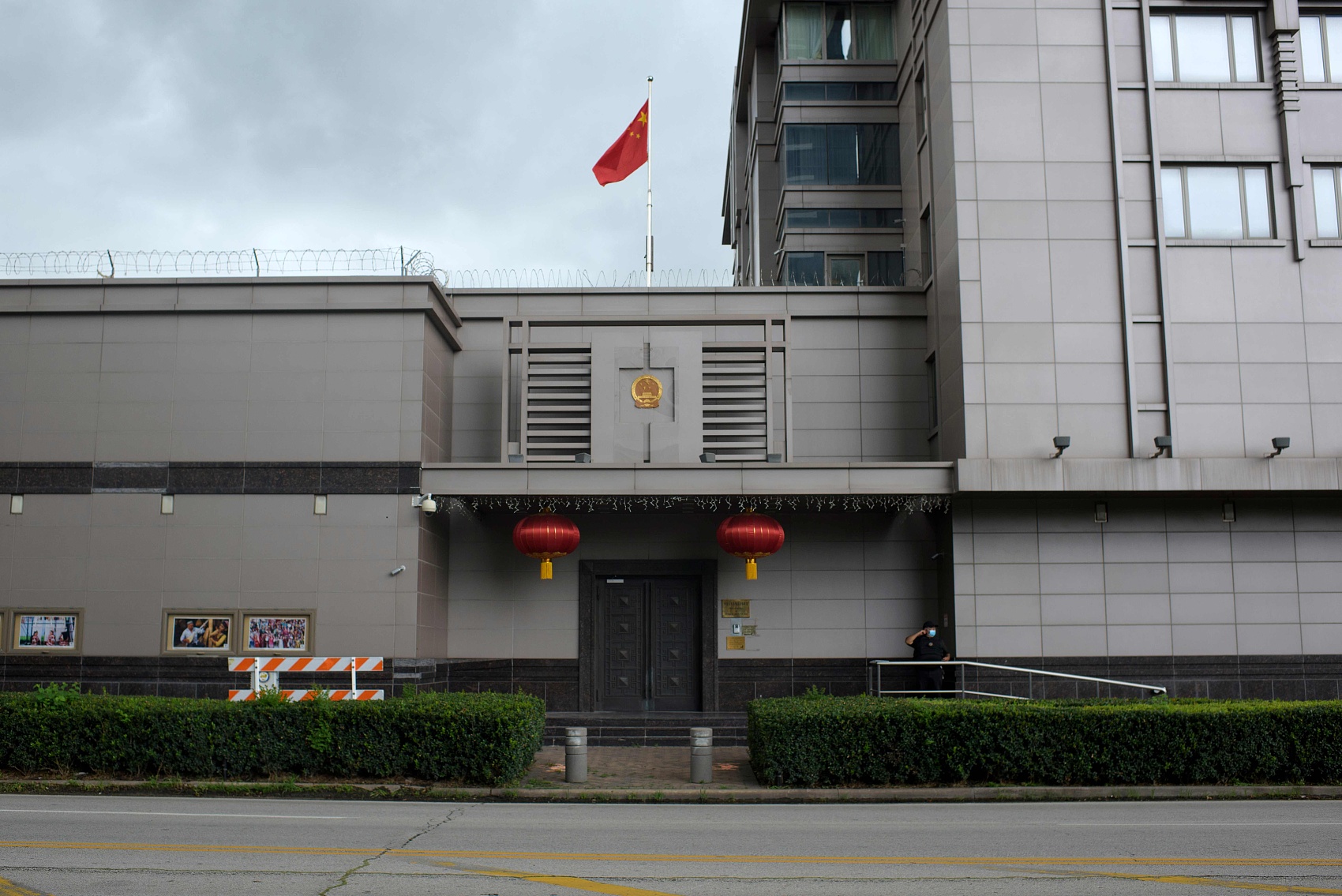 "Closing a consulate is a very dramatic step that seriously ratchets up contention between the United States and China. It's a very discouraging development and further evidence of the growing tension between the two countries," Jon R. Taylor, political science professor and department chair at the University of Texas at San Antonio, told Xinhua.

Taylor said the move "should not be that big of a surprise," as the current US administration inclines to use "Cold War rhetoric and actions" in dealing with others.

The shutdown of the Chinese consulate "is self-defeating" for the United States, and is "a misguided election strategy" which "engenders greater animosity, a disruption in soft power relations, and unnecessary mistrust," the professor added.

Italian news magazine Panorama said the move could be "dictated by electoral calculations" ahead of the 2020 presidential election, noting that neither candidate wanted to be viewed as weak in dealing with China.

Asanga Abeyagoonasekera, director general of the Institute of National Security Studies of Sri Lanka, said the move was "politically motivated".

"Decoupling would hurt both nations and the entire world, especially at a time of human distress and the loss of thousands of lives from a pandemic," Abeyagoonasekera said, adding that Washington and Beijing "need to find space to work together and strengthen the four-decade relationship."

Professor Somadoda Fikeni of the University of South Africa said the US move showed "another stage of escalation," and the United State did not provide concrete evidence for closing the Chinese consulate.

Bobby M. Tuazon, director for Policy Studies at the Center for People Empowerment in Governance of the Philippines, said the unilateral, abrupt closure request "is against international and diplomatic protocol" with "flimsy" reasons.

Sylwester Szafarz, former consul general of Poland in the Chinese city of Shanghai, said the abrupt decision "poses a serious threat to international security and to the coordinated efforts of the international community to combat the pandemic, which is already taking a cruel toll on the United States itself."

"Under no circumstances will China be held responsible for what is happening in the United States." Szafarz stressed.

Mher Sahakyan, director of the China-Eurasia Council for Political and Strategic Research in Armenia, said the closure of the Chinese consulate did nothing but fuel the tension between the two countries.

The US-China relationship is "more tense, which can have a very bad economic and political impact in the world," he said, adding that the ties between Beijing and Washington are important for peace and stability around the world.

Sahakyan said he hoped Washington could discard its Cold War mentality and come back to the negotiation table to resolve disputes.