What happened to Muslims in the United States showcased "the hypocrisy of its so-called 'human rights supremacy and universal values,'" China said on Friday.

"The US has turned a blind eye to its poor record and crimes on the human rights of Muslims," Ministry of Foreign Affairs spokesperson Zhao Lijian said at a regular press conference in Beijing. "Instead it frequently concocts Xinjiang-related lies. This is outright hypocrisy and a double standard." 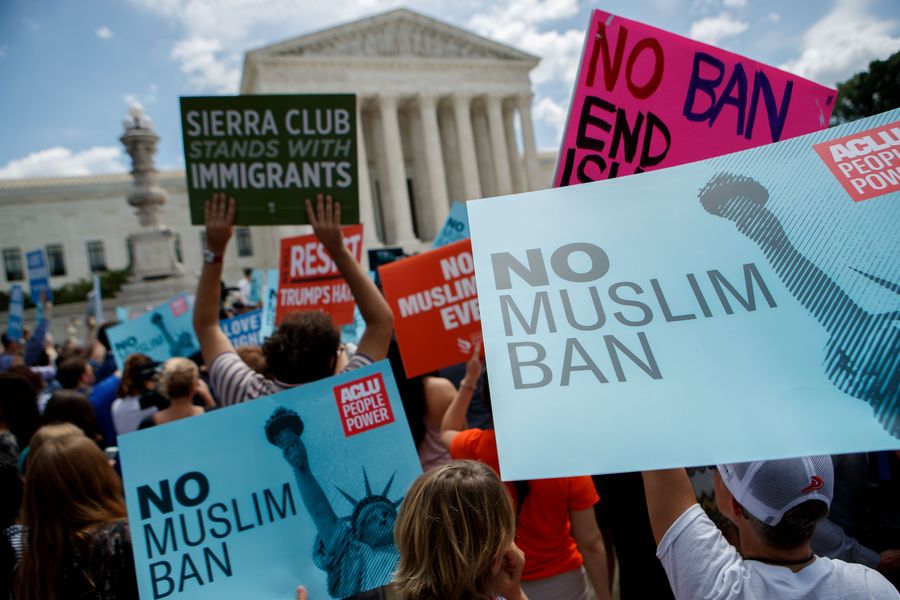 Zhao referred to reports that Muslims in the US suffered long-term discrimination and unfair treatment, and also that the US launched wars against Afghanistan, Iraq, Syria and other countries "causing countless Muslim civilian casualties."

How the US treats Muslims at home and abroad was clearly known and seen by the US itself and the international community, Zhao said.

"The US has a long history of discriminating Muslims and treating them unfairly," he said.

Zhao noted that after the 9/11 attacks, the Muslim community in the US "suffered an unprecedented impact."

"Not only were they discriminated against in life and employment, they also suffered various hate crimes and abuses," he said.

The US government in January 2017 issued a "Muslim ban" that worsened the situation of American Muslims, Zhao said.

Zhao cited a US survey as saying that 50 percent of American Muslims believe it has become more difficult to be a Muslim in the US.

"Some people in the US often talk about caring about Xinjiang Muslims," Zhao said. "The Chinese people will not believe their nonsense even if the sun comes out from the West."