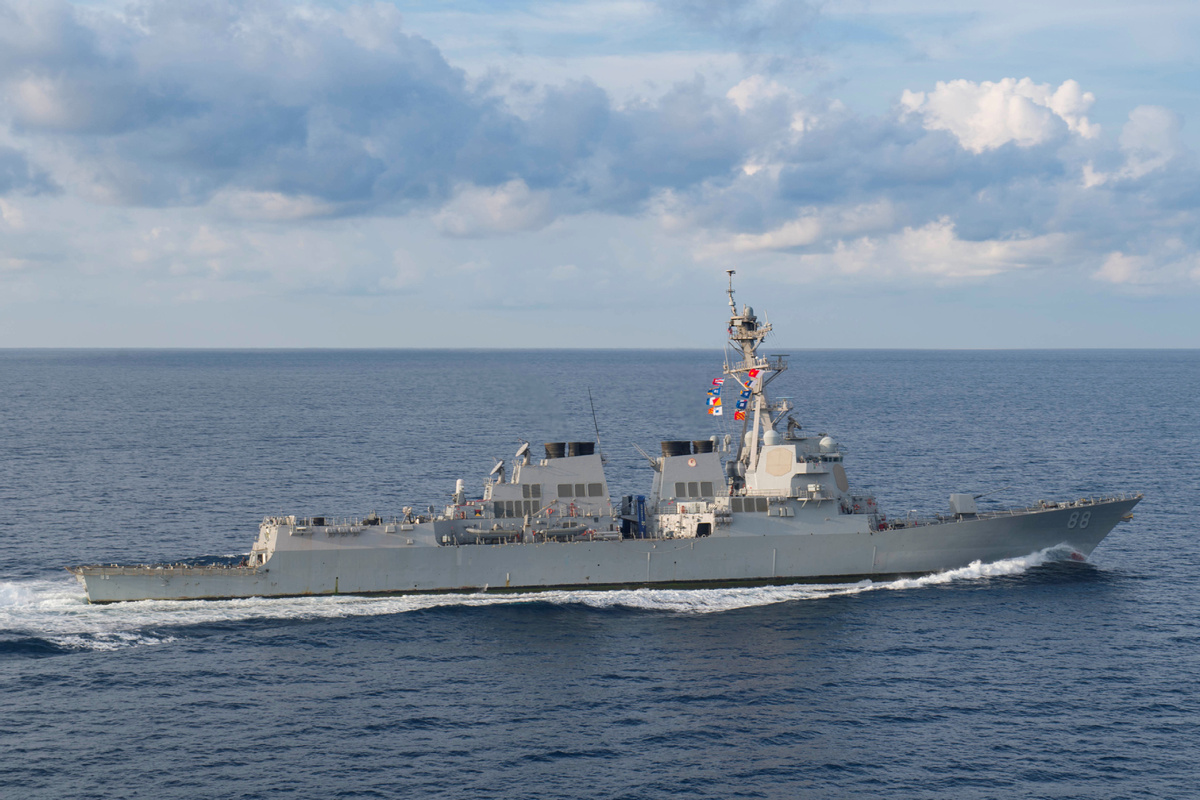 The Foreign Ministry and a military spokesman called out the United States Navy on Monday for violating China's sovereignty and disturbing peace and security in the South China Sea.

On Monday morning, the destroyer USS Preble sailed within 12 nautical miles of China's Huangyan Island without the Chinese government's permission, Senior Colonel Li Huamin, spokesman for the Southern Theater Command of the People's Liberation Army, said on Monday in an online statement.

In response, the command mobilized air and maritime forces to identify and warn the US ship in accordance with laws and regulations, Li said.

"The situation in the South China Sea is calming thanks to joint efforts by China and ASEAN countries," he said, adding that actions by the US Navy ship put the safety of ships, aircraft and personnel from both countries at risk, and undermined China's sovereignty and security.

"This violates the basic principles of international relations, and damages regional peace and stability," Li said, adding that China has undisputable sovereignty over the islands and its surrounding waters in the South China Sea.

"We resolutely oppose the provocative actions by the US warship," he said. "Troops in the Southern Theater Command will remain at high-alert and take all necessary actions to safeguard national sovereignty and security, as well as the peace and stability in the region."

Foreign Ministry spokesman Lu Kang said in a news briefing on Monday that China strongly urges the US side to "immediately cease such provocative actions".

Lu said China consistently respects and upholds various nations' freedom of navigation and flight in the region in accordance with international law.

"But we resolutely oppose any country using freedom of navigation as an excuse to undermine the sovereignty and security interests of China and other countries in the region," he added.

The US has disregarded the joint aspiration of countries in the region to maintain peace and stability in the South China Sea, Lu said. The constant disturbing of peace in the area "will not win over hearts".

China will continue to take all necessary measures to protect its national sovereignty and security, as well as maintain peace and stability in the region, he added.