CHINA US offer of refugee status 'a hollow gesture'

US offer of refugee status 'a hollow gesture' 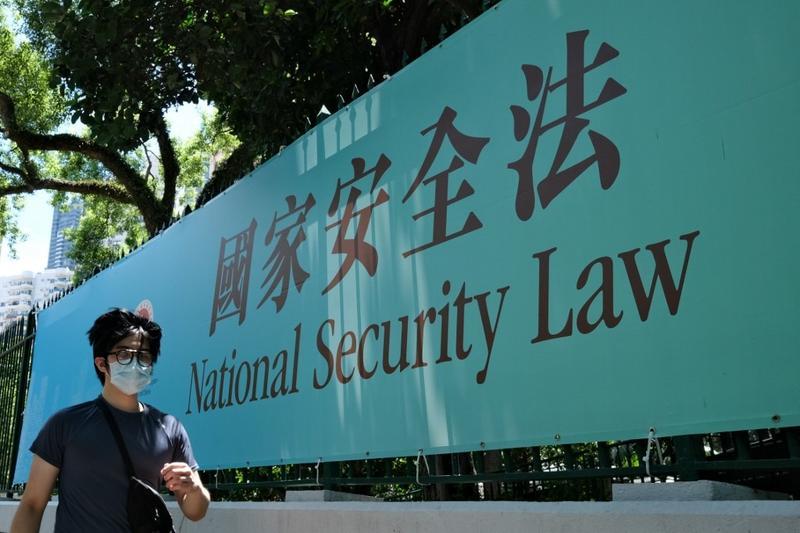 A man walks past a government public notice banner for the National Security Law in Hong Kong on July 15, 2020. (Photo: Agencies)

HONG KONG - The US proposal to consider refugee-status requests of Hong Kong protesters is a "blank check" for illegal behavior that aims to dishonor the Hong Kong Special Administrative Region and China, local political heavyweights said, as the SAR government urged the US to stop intervening in the city's affairs.

The city's political on Saturday warned local opposition and anti-government protesters not to believe the empty promises of the United States, or they will end up paying the price themselves for their illegal behavior, endangering their own prospects and that of Hong Kong society.

The remarks came after the US State Department announced on Wednesday that Hong Kong for the first time will be among the countries and regions from which the US will consider accepting refugees. The State Department plan is to allow up to 15,000 sasylum-seekers from around the world in the coming fiscal year, with Hong Kong being one of the six countries and regions from where refugee applicants will be considered.

The number of proposed allowed asylum-seekers for fiscal year 2021 is down from 18,000 the year before. Fiscal year 2021 began on Thursday. The US Congress must review the proposal with the State Department before US President Donald Trump approves it.

Lau Siu-kai, vice-president of the Chinese Association of Hong Kong and Macao Studies, said the proposal was part of a series of US political actions aimed to tarnish the international image of Hong Kong, trying to make the world lose interest and confidence in the city.

Lau said that the attempt also reflects the effectiveness of the National Security Law for Hong Kong, which was promulgated on June 30. As the US now has little room to "operate" in Hong Kong under the law, it therefore hopes that this seemingly favorable treatment will encourage its planted "proxies" and protesters to continue their anti-government activities.

Lau said he hopes that the local opposition, which had lauded US sanctions against the city, will realize that it is impossible for the US to hinder the implementation of the National Security Law for Hong Kong, and it will do them no good to continue to stand against the central government and the SAR government, and to support foreign forces' suppression of China.

A spokesperson of the Hong Kong SAR government, responding to an inquiry from local media, said there are no so-called refugees being persecuted in Hong Kong as the city is a society of rule of law, where residents are fully entitled to rights and freedoms conferred by the Basic Law and other legislation.

The SAR government resolutely opposes the refugee offer and urges the US to stop intervening in Hong Kong's internal affairs in any way.

Tam Tam Yiu-chung, a Hong Kong member of the Standing Committee of the National People's Congress, said "the ridiculous move" by the US aims to condone and connive with radicals who aim to stir up trouble in Hong Kong.

The move also reflected a double standard in the United States, where law enforcement has been cracking down on anti-government activities across its territory over the past few months while continuing to guard against interference to its internal affairs under one of the world's most strict national security laws, Tam said.

The US now is trying to put Hong Kong on a par with other countries and regions suffering civil strife, so as to portray Hong Kong's violent activities as a "pro-democracy movement", Tam said. He added that it is "inevitable and legitimate" for the Hong Kong Police Force to enforce the law to maintain social order, just as it is in any other country and region in the world, including the US.

The move also showed that the US has no concern for the well-being of the people of Hong Kong since they adopted an action that might make lawbreaking more rampant and once again disrupt the normal lives of local residents. He warned protesters not to be gullible and believe the offer of a " blank check" from the US and assume they have permission to breach law and order in Hong Kong, or they will find themselves having to deal with the legal repercussions on their own.