US owes the world an explanation on Fort Detrick lab secrets: Chinese FM 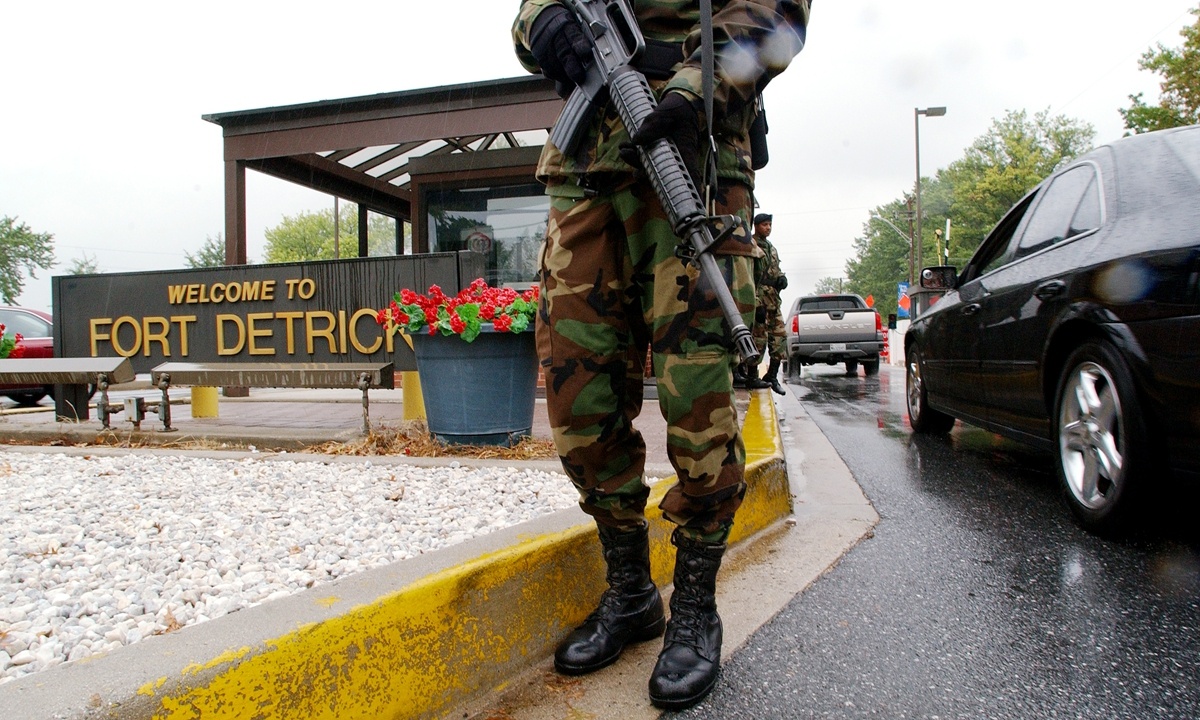 While requiring China to participate in a comprehensive, transparent, evidence-based international investigation, the US should immediately launch a virus origins-tracing study on itself in cooperation with the World Health Organization (WHO), just as China has done, Chinese Foreign Ministry spokesperson Zhao Lijian said Thursday.

Zhao made the remarks in response to US President Joe Biden's statement the day before saying that he had directed the US intelligence community to redouble their efforts in investigating the virus' origins and report back to him in 90 days.

The China-WHO joint study had concluded that it is extremely unlikely that the virus leading to the COVID-19 pandemic was leaked from a lab, and on many occasions, the WHO expert team in China had given high praise for China's transparency during the study, to which some individuals in the US just turned a blind eye, Zhao said at a routine press conference on Thursday.

"This fully demonstrated that the US cares nothing about the facts and truth, neither is it interested in scientific study on the pandemic origins, it just wants to smear and scapegoat China and play political games under the guise of the pandemic," Zhao said, stressing that it is disrespectful to science and lives, and also harmful to global anti-pandemic efforts.

Given its history, the US intelligence community has no credibility in its findings. The US should follow China's lead and immediately conduct a joint virus origins probe with the WHO and launch a comprehensive, transparent, evidence-based international investigation into the US, Zhao noted.

Former US secretary of state Mike Pompeo, who is also a former director of the US Central Intelligence Agency (CIA), infamously said "I was the CIA director. We lied, we cheated, we stole… we had entire training courses." Zhao asked why anyone would trust the results of an investigation conducted by such an untrustworthy intelligence agency.

The US recorded the most COVID-19 cases and deaths in the world, exceeding 33 million and 600,000 respectively. They do not reflect on themselves, but try to scapegoat China instead. "I want to ask them, what are you really up to? And where is your conscience?" Zhao asked.

"How many secrets are hidden in the US' Fort Detrick lab and other biolabs overseas from the rest of the world? What is the truth of the outbreaks of respiratory disease in northern Virginia in July 2019 and the e-cigarette, or vaping, associated lung injury (EVALI) outbreak in Wisconsin? The US owes the world an explanation," Zhao noted.