CHINA US' plan to build alternatives to Chinese drones could be a waste: insider

US' plan to build alternatives to Chinese drones could be a waste: insider 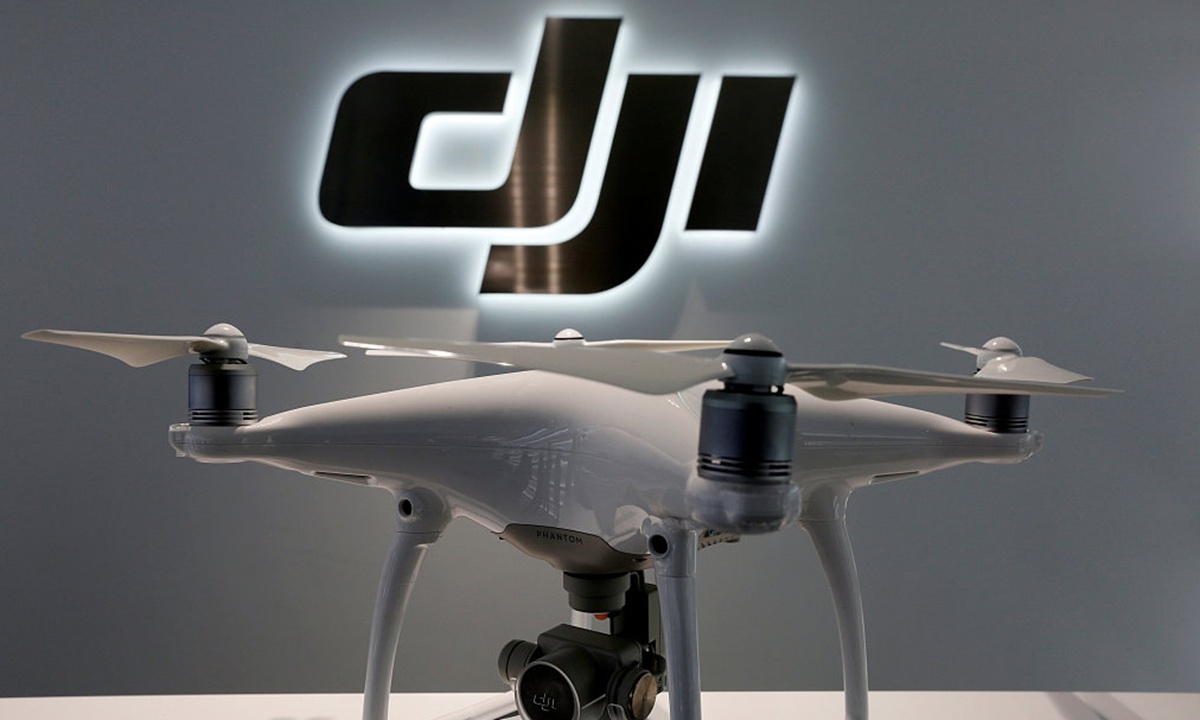 The US government's move to ban China-made drones is hurting itself, as making domestic alternatives has only turned out to be more expensive and less functional than their Chinese counterparts, according to media reports.

Observers said that the story in the drone industry is just one of the vivid examples of how the US' attempt to undermine bilateral trade ties and intertwined manufacturing chains hamper the US' own technological development and waste taxpayers' money.

The US attempt to build alternatives to Chinese drones could go nowhere because the supply chain cannot bypass Chinese firms, an industry analyst warned.

According to an internal US government memorandum, "the Pentagon spent more than $13 million developing drones that government agencies could use instead of those made or assembled in China," the Financial Times reported.

"Having only the 'blue UAS [unmanned aerial systems]'approved, reduces DoI [Department of the Interior] sensor capabilities by 95 percent. . . Airplanes are designed for a very specific DoD [Department of Defense] mission set and will only meet about 20 percent of the DoI mission requirements," read the memo, which was drafted by staff in January for the incoming Biden administration, according to the Financial Times.

The staff also warned in the memo that at an average cost of $2,100, drones cost between eight and 14 times more than those the departments could previously buy.

Complaints about their cost and effectiveness illustrate the difficulties the US has faced in trying to divest itself of Chinese technology without obvious American alternatives, the Financial Times reported.

In 2019, the US Department of the Interior grounded nearly its entire fleet of drones from China amid strained ties, following a US ban on Chinese telecommunications giant Huawei, citing so-called national security without providing any evidence.

Members of the US Congress are also debating measures that would prevent federal money from being used to buy drones made or assembled in China.

"There is no way to bypass China's supply chain in the drone industry, no matter whether it's a drone company or drone parts producer," an industry insider, who preferred to be anonymous, told the Global Times on Tuesday, adding that the US' plan to replace Chinese products may go nowhere, and it could be a waste of money.

The industry insider also warned that the low capability of the drones may lead to more casualties in some rescue missions, which could have been avoided with the use of Chinese drones.

In December 2020, the US added dozens of Chinese companies, including drone maker DJI, also the biggest in the world, to a trade blacklist.

In June this year, two drone models made by DJI were cleared for use by a Pentagon audit, according to a report from The Hill, citing a report summary it obtained, saying the US government found "no malicious code or intent" and the drones were "recommended for use by government entities and forces working with US services."