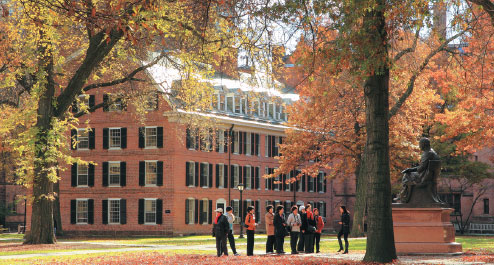 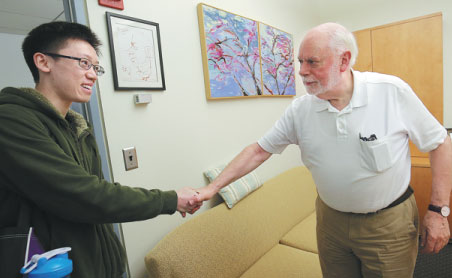 J. Fraser Stoddart, one of the winners of the 2016 Nobel Prize in Chemistry, is congratulated by student Yuan Liu at Northwestern University in the Chicago suburb of Evanston, Illinois. [Photo by JIM YOUNG/REUTERS] 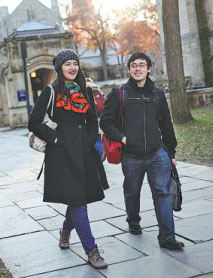 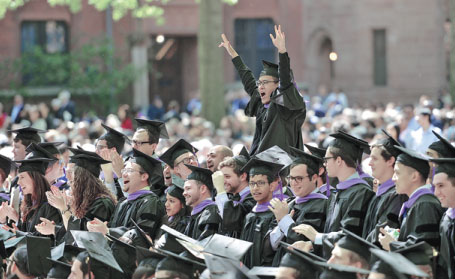 Graduation ceremony at Yale University in 2014. [Photo by WANG LEI/XINHUA] 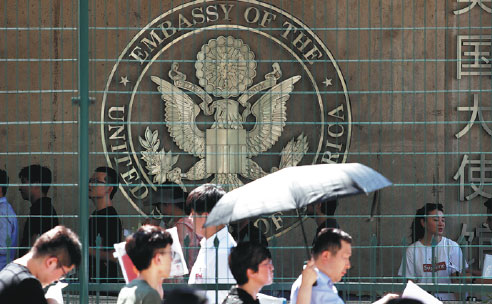 Visa applicants outside the US Embassy in Beijing. [Photo by DAMIR SAGOLJ/REUTERS]