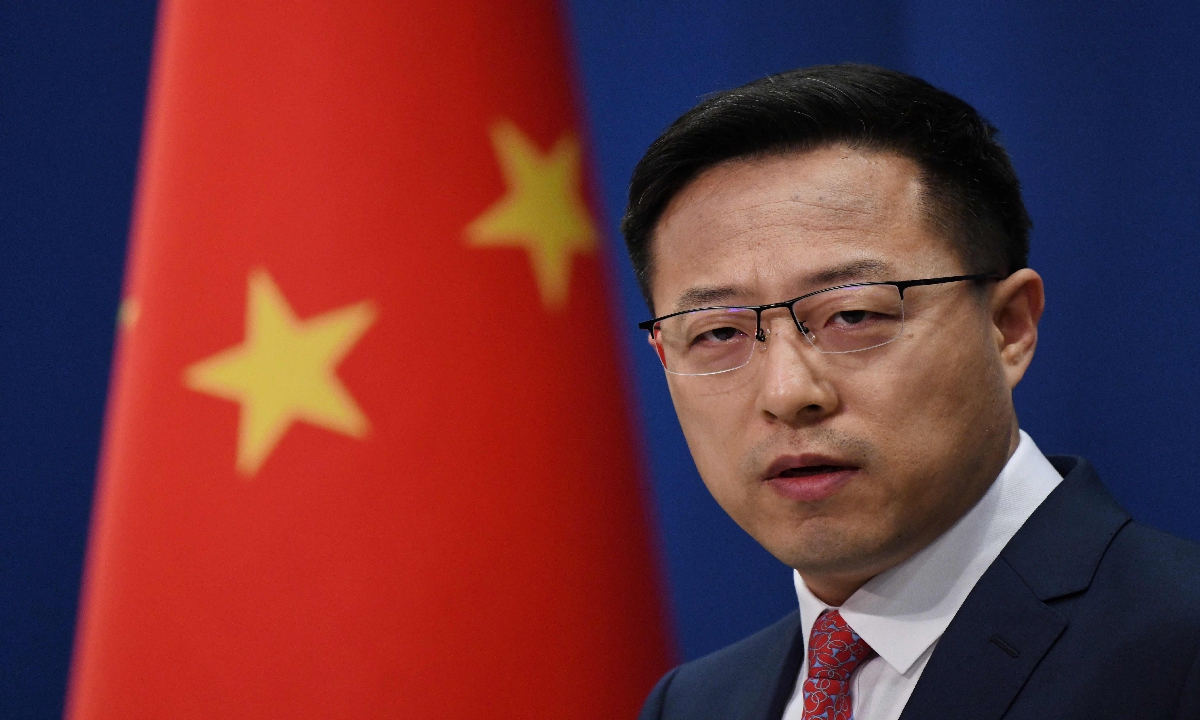 Some US officials frequently hype the "China threat" to make excuses for their own military expansion but what they really fear is US' hegemony being challenged, Chinese Foreign Ministry spokesperson Zhao Lijian said in response to US' Defense Secretary Lloyd Austin's recent remarks.

Lloyd Austin told the US Senate Appropriations Committee on Tuesday that "we are now facing two global powers, China and Russia, each with significant military capabilities, both who intend to fundamentally change the current rules-based order." The senior official also talked about "countering aggression and bullying from China" as a "pacing challenge."

Recently, US senior officials have made frequent remarks on the threat from China and accused China of attempting to change the rule-based order, but what they really fear is that US' hegemony will be affected and the US self-made international laws, which they have used to suppress others, will be opposed or challenged, Zhao said.

Zhao stressed that China has always been a contributor to global peace and development and the defender of the international order. China has always insisted defensive national defense strategy. China develops its military with the aim to defend its sovereignty, security and interests for development. It has never targeted any other countries.

The increase of China's military strength is the increase for world peace. Zhao noted that on the contrary, the US has the world's largest military expense, accounting for one quarter of the global military expense and equaling the total expense of nine countries. Its defense budget for 2023 is $813 billion.

"What does the US want to do with such a large number of military expenses?" asked Zhao, noting that being obsessed with the power of the fist and the law of the jungle will not make the US more powerful or safer.

Zhao noted that the US should abandon the Cold War mentality and obsession with hegemony and take an objective attitude to China's military development. It should stop hyping China threat to make excuses for its own military expansion.