CHINA US should focus on boosting own competitiveness, not obstructing others' development: spokesperson

US should focus on boosting own competitiveness, not obstructing others' development: spokesperson 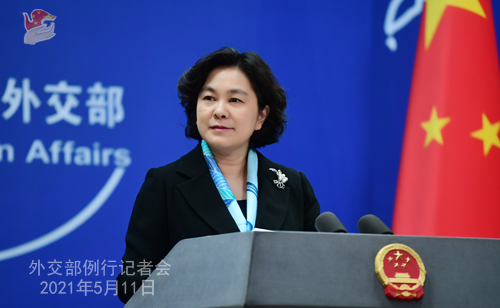 BEIJING, May 11 (Xinhua) -- The United States should focus on improving its own competitiveness, which can only be achieved through cooperation, a Chinese foreign ministry spokesperson said Tuesday.

"If it confronts or even oppresses the other side, it will only intensify hostility and eventually lead to losses on both sides," said spokesperson Hua Chunying at a press briefing.

Hua made the remarks after Chas W. Freeman, Jr., former U.S. assistant secretary of defense for international security affairs, published an article entitled "Washington is playing a losing game with China," in which he said, "If the United States persists in confrontation, it will find itself increasingly isolated."

Hua said that for some time, especially since the previous U.S. administration, the United States has tried every means against China, including threatening by force, political isolation, economic sanctions and technical blockade, interfering in China's internal affairs concerning Hong Kong, Taiwan and Xinjiang, and coercing and inducing other countries to form an anti-China clique.

"Their practice is neither legal nor moral, and will not succeed in the end, but will just harm the interests of the United States and its people," the spokesperson added.

Hua said that China's strategic blueprint has always been open and transparent to the world. "We never aim to surpass the United States. Our goal is to constantly improve ourselves and surpass ourselves to become a better China, so that the Chinese people can live a better life. At the same time, China's development will contribute more to world peace and development."

If there is competition, China will not shy away from it, said Hua. However, competition should be fair and just, following market rules, and the United States should not use its power to deprive other countries of their normal and legitimate development rights, she said.

"I hope that the U.S. government will listen to the voices of justice from people of insight in the United States and the international community, including Mr. Freeman," Hua added.