CHINA US should have dialogue with China in sincere, constructive manner: FM

US should have dialogue with China in sincere, constructive manner: FM

The United States should engage in upcoming dialogue with China in a "sincere and constructive manner," the Chinese Ministry of Foreign Affairs said on Thursday. 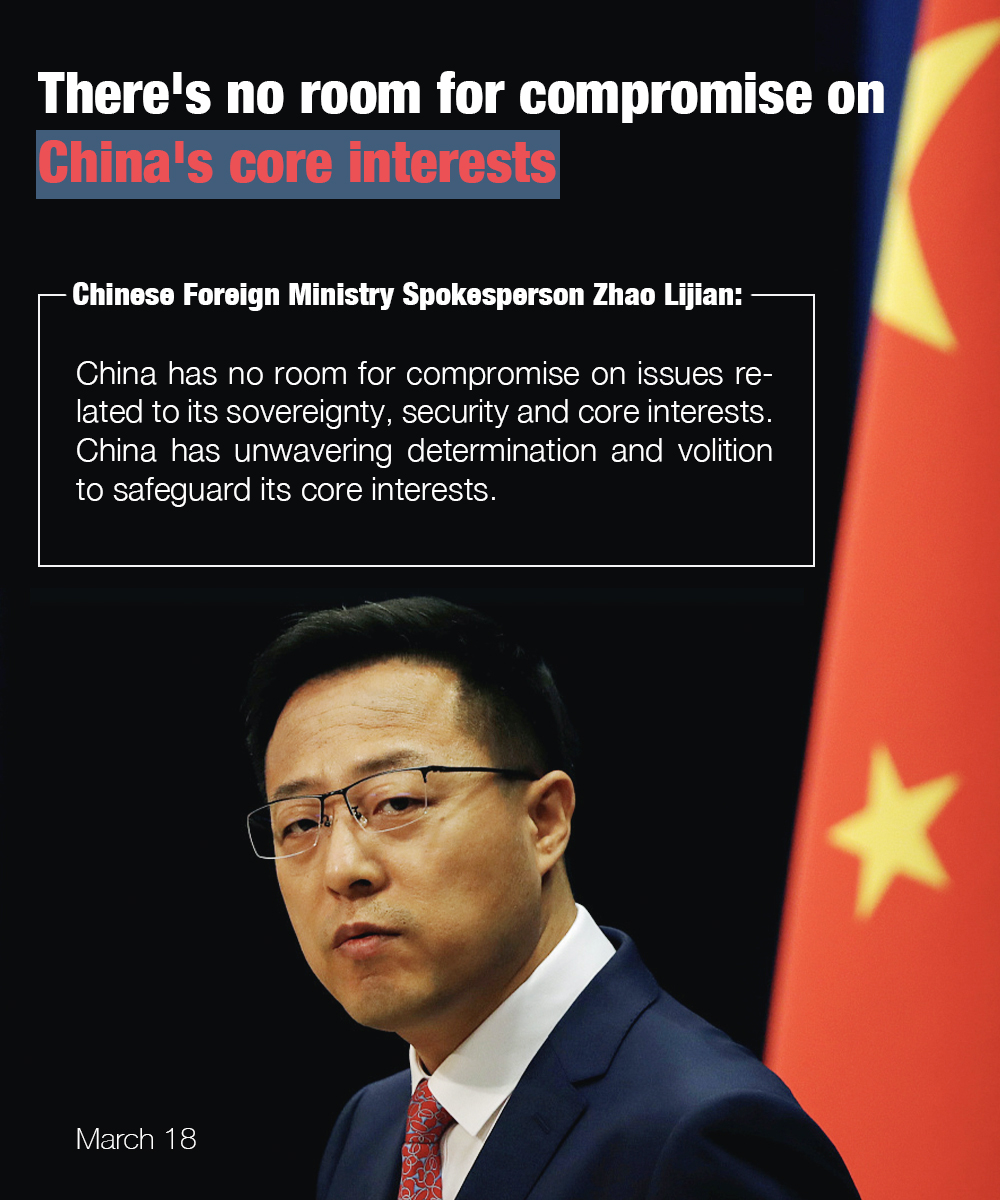 "Whether the dialogue could produce positive results depends on the joint efforts of both sides," foreign ministry spokesperson Zhao Lijian said at a regular press conference. "The US should meet China halfway, engaging in dialogue with China in a sincere and constructive manner."

Zhao made the remarks on the eve of the upcoming high-level meeting between the two countries.

The dialogue between top diplomats of China and the US is scheduled for Thursday and Friday in Anchorage, a city in the US state of Alaska.

"The timing of these negative words and deeds affords for thought," Zhao said.

China's agreement to participate in the high-level strategic dialogue proposed by the US reflected China's sincerity and constructive attitude towards resuming China-US exchanges and developing China-US relations, he stressed. 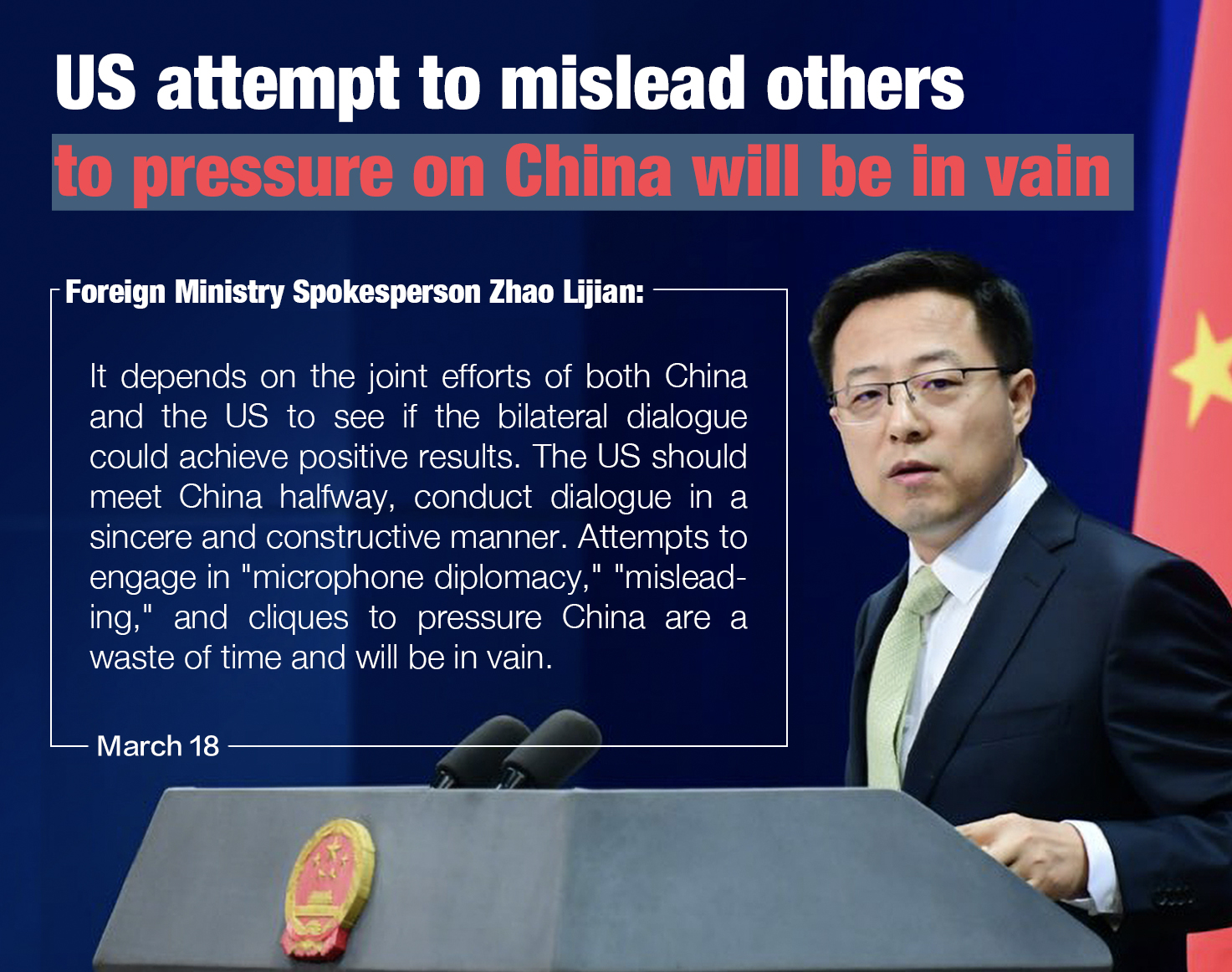 "China will make clear its position and concerns on relevant issues during the dialogue," Zhao said. "China has no room for compromise on issues concerning the sovereignty and core interests."

Zhao said China was firm in its resolve and determination to safeguard core interests.

It was "futile and useless" for the US to pressure China, he said.

"China hopes to have full communication with the US through this dialogue and promote the sound and steady development of China-US relations," he said. "But we do not expect that a single dialogue could solve all the issues between China and the US."

"The US should be aware of China's firm determination to safeguard its own sovereignty, security and development interests."