CHINA US should not treat everyone as a spy; ‘presumption of guilt’ absurd: Chinese FM

US should not treat everyone as a spy; ‘presumption of guilt’ absurd: Chinese FM 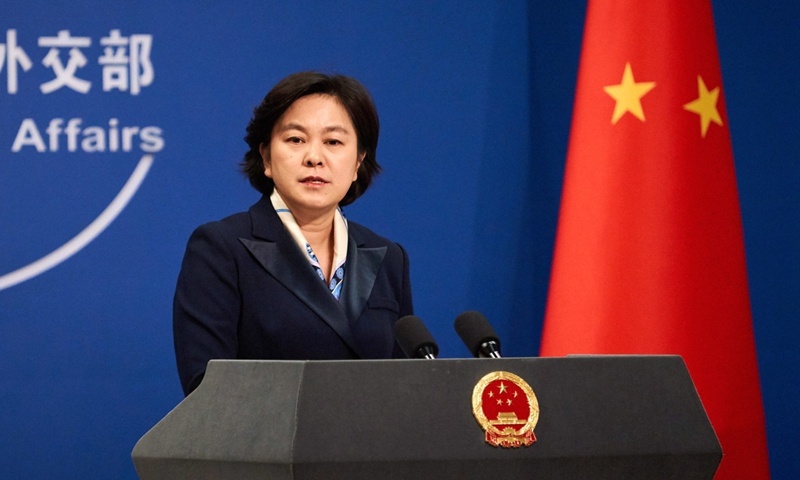 The US should abandon its narrow, extreme mentality and stop treating everyone as a spy. China hopes the US will adopt a rational and objective attitude, correct its mistakes and create favorable conditions for normal personnel exchanges between the two countries, China's Foreign Ministry said at Thursday's media briefing.

The response came after the US Justice Department announced that over 1,000 Chinese researchers have left the US amid its so-called tech theft crackdown, saying Chinese agents are reaching out to President-elect Joe Biden's team.

"For some Americans, all they see is hatred, division and confrontation. For some time, the US repressed China politically out of its strong ideological bias and strategy of containing China," Hua Chunying, spokesperson for China's Foreign Ministry, said, noting that "The US arbitrarily harassed, persecuted and suppressed experts and scholars in the US, which greatly affected the normal personnel exchanges between China and the US, as well as cooperation in science, technology, culture and education."

US authorities even require local judicial departments to report regularly on Chinese "spying" and file at least one or two cases a year against China. "This 'presumption of guilt' is absurd. China is firmly opposed to this," Hua noted.

She stressed that China welcomes people from all over the world, including the US, to China for sightseeing, study, exchange and cooperation, with an open mind.

"We are confident, open and willing to communicate with them. Why is the US, a self-proclaimed powerful 'democracy,' so insecure about normal engagement with China?" Hua asked.

She hopes relevant people on the US can calm down and think over this issue.