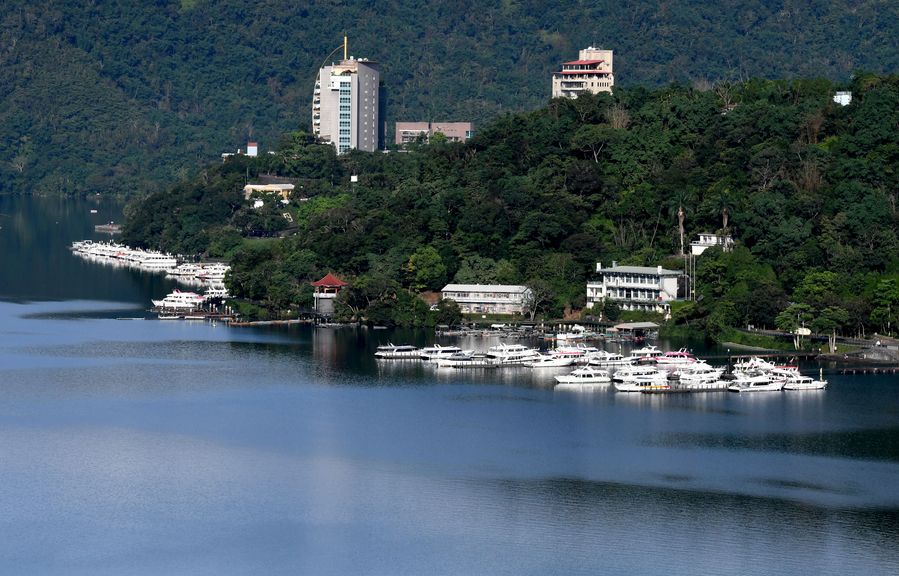 Spokesperson Zhao Lijian made the remarks at a press briefing in response to U.S. Secretary of State Antony Blinken's statement on "supporting Taiwan's meaningful participation in the UN system."

Zhao said that the U.S. statement strongly violated the one-China principle and the three Sino-U.S. joint communiques, it went against the commitments the United States has made, ran counter to the basic norms of international relations, and sent highly erroneous signals to "Taiwan independence" forces.

"China is strongly dissatisfied with this and resolutely opposes it," Zhao said, adding that China has already made its position clear and lodged solemn representations to the United States over this.

There is only one China in the world and the government of the People's Republic of China is the sole legal government representing the whole of China, the spokesperson said, stressing that Taiwan is an inalienable part of China's territory.

"A total of 180 countries, including the United States, have established diplomatic relations with China on the basis of abiding by the one-China principle," the spokesperson said. "The one-China principle is the consensus of the international community and a universally recognized basic norm governing international relations, which does not allow unilateral challenge or distortion by the United States."

According to Zhao, in the three Sino-U.S. joint communiques, the U.S. unequivocally recognizes the government of the People's Republic of China as the sole legal government of China. "Within this context, the people of the U.S. will maintain cultural, commercial, and other unofficial relations with the people of Taiwan."

"The Taiwan region's participation in the activities of international organizations must be handled in accordance with the one-China principle," the spokesperson said.

United Nations General Assembly (UNGA) Resolution 2758 has solved once and for all the issue of the People's Republic of China's representation in the UN in political, legal and procedural terms, Zhao noted. He said the system, specialized agencies and the Secretariat of the UN should abide by the one-China principle and UNGA Resolution 2758 when dealing with Taiwan-related affairs.

By touting and whitewashing of Taiwan's so-called democracy and contribution and endorsing Taiwan, the United States is trying to distort concepts and mislead others, Zhao said, adding that the U.S. motives and intentions are seen clearly by the international community.

Fifty years ago, the United States attempted to create "one China, one Taiwan" or "two Chinas" in the UN, only to confront setbacks, Zhao said, adding that if the United States still seeks historical backpedaling today, it is pitting itself against the 1.4 billion Chinese people and the vast majority of countries in the world, and will only face another failure.

"This is the greatest realistic threat to peace and stability across the Taiwan Strait, and the fundamental reason why Taiwan has not been able to participate in the activities of multilateral organizations, including the International Civil Aviation Organization (ICAO) and the World Health Organization (WHO)," Zhao said.

"The United States is making an issue out of Taiwan's participation in the ICAO and WHO to angle for sympathy. This attempt is miscalculated and futile," Zhao said.

It must be pointed out that the one-China principle and the three Sino-U.S. joint communiques are the political foundation for China-U.S. relations, said Zhao. "The so-called 'Taiwan Relations Act' and 'Six Assurances' unilaterally concocted by the United States gravely violate international law, basic norms governing international relations and the one-China principle," he said, noting that "China has made clear its firm rejection to them from the very beginning."

At the press briefing, Zhao also responded to a question on media reports that the Czech Senate had recently invited Joseph Wu, head of the foreign affairs department of the Taiwan authorities, to visit the Czech Republic.

China deplores and rejects the malicious provocative act by the Senate of the Parliament of the Czech Republic and the individuals concerned, Zhao said. "We have lodged solemn representations with the Czech side and will make legitimate and necessary reactions."

"The despicable maneuvers by a few individuals in the Czech Republic are doomed to fail, and we urge them to promptly change course, otherwise they will end up swallowing the bitter fruit themselves," Zhao said. "We also warn the Taiwan authorities that seeking 'Taiwan independence' by soliciting external support is a dead end."

Zhao said China's resolution and will to safeguard national sovereignty and territorial integrity is steadfast. "We will take all necessary measures to crush any 'Taiwan independence' plot."