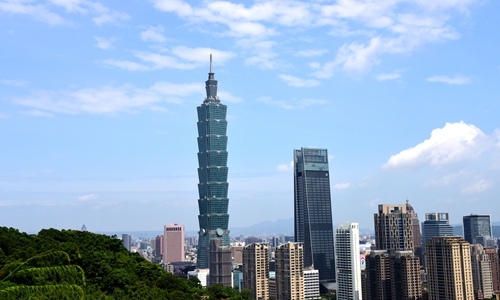 US President Donald Trump's signing of the "Taipei Act," which is only a piece of paper that costs nothing for the US but may fool Taiwan island, into law on Thursday amid a global fight against the COVID-19 pandemic shows that the US is only acting to serve its own interests at the expense of damaging China-US ties to provoke instability in the region.

The signing of the "Taiwan Allies International Protection and Enhancement Initiative Act of 2019" comes when the nations of the world are devoting their efforts to combating the COVID-19 pandemic. The bill is aimed at propping up international presence of Taiwan island.

For Trump, it is only a performance of procedure since the act was passed by both the US Senate and House of Representatives in early March but it came at a time when all nations are busy with the fight against the COVID-19 pandemic, which reflects the US is only acting to serve its own interests by stirring up trouble in the Asia-Pacific region, experts noted.

Playing the Taiwan card is on the must-to-do list for Trump to secure ballot tickets for the upcoming 2020 president election, as for the global fight against the pandemic, Trump has been treating it with contempt, Song Zhongping, a Chinese military expert and TV commentator, told the Global Times on Friday.

Li Xiaobing, an expert on Taiwan affairs at Nankai University in Tianjin, also told the Global Times that America's empty promise of "support for Taiwan" is cliché, and its attempts to play the Taiwan card is plain to see. The act is dirty business between Taiwan separatists and US pro-Taiwan politicians that serve the interests of US at the expense of peace and stability in the Western Pacific, according to Li.

This is not the first time that the US has passed Taiwan-related enabling acts in recent years, examples include the Taiwan Travel Act in 2018 and the Taiwan Assurance Act of 2019.