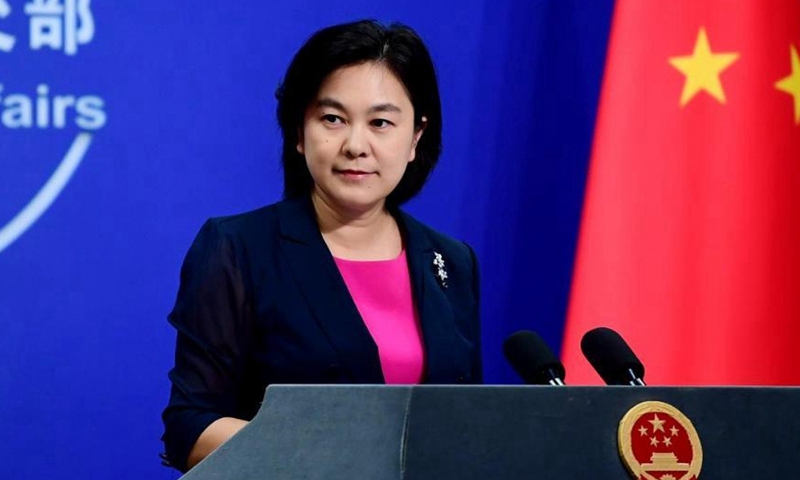 Chinese Ministry of Foreign Affairs on Monday again expressed strong opposition to the US' support for allowing the island of Taiwan to attend the World Health Assembly (WHA), as it violates the one-China principle and provisions of the Three China-US Joint Communiqués, and constitutes blatant interference in China's internal affairs.

US State Secretary Antony Blinken on Friday issued a statement calling for Taiwan to be invited to attend the WHA as an observer.

Chinese Foreign Ministry spokesperson Hua Chunying pointed out that the US hailed Taiwan's epidemic control achievements on some occasions while hyping that the exclusion of Taiwan from the WHA jeopardized the global epidemic fight.

"The self-contradiction demonstrated the US was just making excuses for Taiwan to join the WHA, and what it said was political manipulation," Hua said at the routine press conference on Monday, the last day for signing up for the forum, which will be held from May 24 to June 1 virtually.

US and Taiwan secessionist forces pushed forward a similar narrative last year in their bid for the island to join the WHA 2020.

Hua pointed out that Taiwan's secessionist DPP authority ruined the political basis for the island to join the WHA via an existing mechanism, and that the DPP knows that they should take responsibility.

The US, out of political motives, made up lies that Taiwan not attending the WHA would harm world efforts to tackle future health crises, Hua said.

Hua also noted that under the premise of the one-China principle, Taiwan medical delegations have attended 16 WHO activities. It also has means to receive and report epidemic situations, has joined the COVAX program and has timely updates of vaccine information.

The Taiwan question bears on China's core interests and there is no room for compromise, Hua said, adding that the WHA's top agenda should be anti-epidemic cooperation amid the spreading pandemic. "We urge those countries to stop hyping the Taiwan question, which runs counter to such cooperation and is opposed by most members of the international community," Hua said.