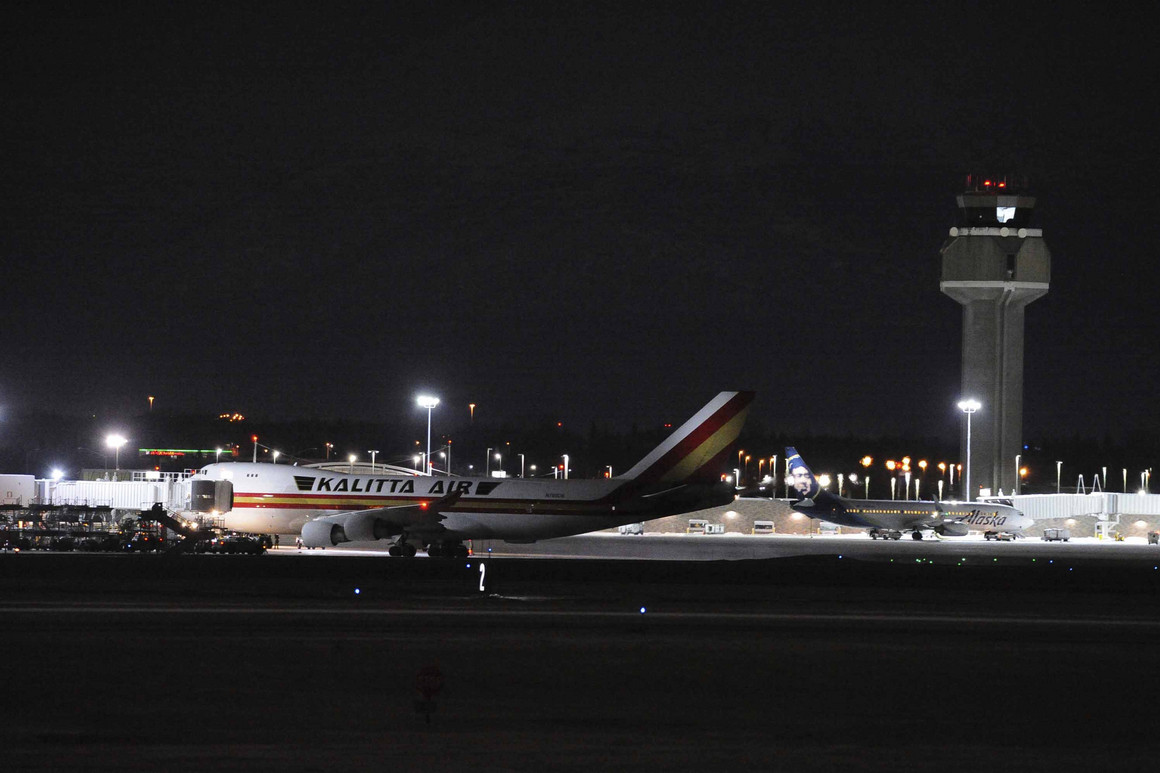 A Boeing 747 aircraft in Anchorage, Alaska, chartered by the US government flew from Wuhan, China. (File photo: AP)

WUHAN, Feb. 29 (Xinhua) -- A U.S. national, Stephen McClure did not board the two chartered flights that came to fetch Americans living in Wuhan, the epicenter of the coronavirus outbreak.

"My job is here. And the epidemic is not going to last forever," said McClure, a research associate at Wuhan University where he has worked for nine years.

McClure has stayed in his apartment for five weeks, watching movies, cooking and chatting with friends when not working. "I have enough masks and rubber gloves for going outside. And I wash my hands and do the stuff that people normally do to prevent getting colds," he told Xinhua.

Since Wuhan sealed off all residential communities on Feb. 11, McClure's community has begun to organize group purchases for its residents. "The volunteers are doing a wonderful job with coordinating things. They call and check in with me every day and organized a group for foreigners on WeChat," said McClure.

"Everyone else in my community is going through the same things. We are all in this together. Together and separately, we will beat the virus," McClure said.

Impressed by what he described as the first time in history when 1.4 billion people practice social isolation together, McClure said other countries can learn a lot from China's response to the virus, including organizing a large-scale quarantine.

"Building two hospitals in weeks, converting public spaces to temporary hospitals to handle the less serious cases, converting hotels into quarantine spaces for people, and coordinating public health people to get into Wuhan from all over the country... it is amazing," McClure said.

As the new semester was postponed amid the outbreak, Wuhan University started online courses on Feb. 17. McClure was no exception, leading seminars on scientific writing for 90 students via a group chat on instant messaging service QQ.

Out of his expectations, students seem to be enthusiastic about online courses. "They are more willing to talk. When they are typing, they don't feel embarrassed. And if they choose to communicate in Chinese, I can put what they say into a translator."

With the steps that the government has taken, the drop in the number of cases, and the effect of social isolation campaign, McClure said: "There is no way it won't be successful."