CHINA US threats of sanctions fail to pressure HK

US threats of sanctions fail to pressure HK 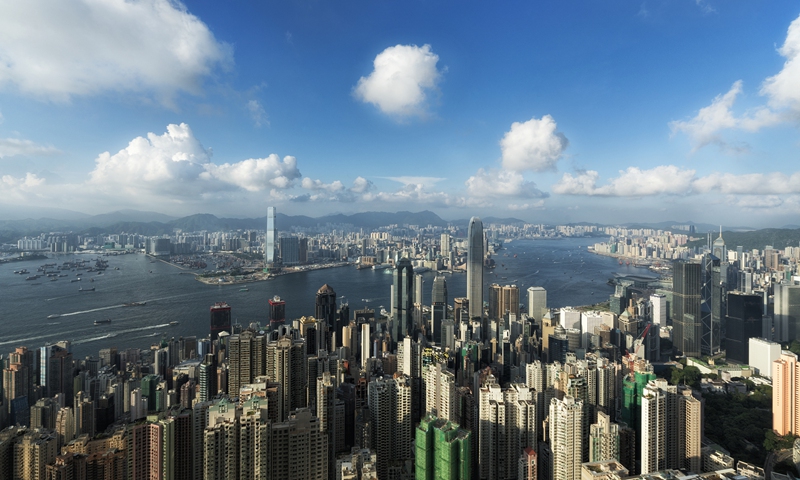 Officials in the Hong Kong Special Administrative Region (HKSAR) remain defiant over US threats to impose sanctions on the city following the adoption of a national security legislation for Hong Kong, as they mounted a fierce defense against what they call US' hypocrisy and double standard. They insisted that the city is not worried about the impact of potential US sanctions.

While the US threatened sanctions, which include a plan to revoke special trade arrangements, would likely add some pressure to the city's already sluggish economy, they will not change Hong Kong's status as a global financial and commercial hub established over centuries and further economic integration with the Chinese mainland will continue to ensure the HKSAR's long-term prosperity, officials and experts said on Sunday.

Furthermore, the potential US sanctions are also self-destructive, as they pose serious risks and damage for hundreds of US businesses operating in the city, investments totaling tens of billions of dollars, the biggest source of trade surplus, officials and experts noted.

At a highly advertised press conference on Friday, US President Donald Trump issued a slew of new threats targeting the HKSAR and the Chinese mainland as punishment for the adoption of a national security legislation by China's top legislature.

Despite the widespread hype from Trump, as well as other US officials and foreign media outlets, the threats fell largely in line with anticipations and their impact is expected to be limited, let alone changing China's stance to strengthen national security in the city, as officials in the mainland and the HKSAR made clear over the weekend.

"We are not unduly worried by such threats as Hong Kong will continue to rely on her fundamental strengths in the rule of law, independence of the judiciary, free and open trade policy, level playing field, etc and unique advantages brought about by the continuous opening-up of the Mainland's economy," the HKSAR government said in a statement on Saturday night.

In a statement made on Sunday, HKSAR Finance Secretary Paul Chan Mo-po said that while US sanctions have brought "small disturbances" to the market, their actual impact is limited and the city has prepared to tackle the challenges ahead. Chan reaffirmed that Hong Kong's foreign exchange and other policies won't change and its status as a financial hub will remain unchanged.

"Looking back at world history, the development of the international financial center has never been bestowed upon by other countries," Chan wrote, noting that Hong Kong's financial sector has been built with years of tireless efforts and strong support from the mainland.

Among the threats made by Trump, the biggest and likely most consequential is the plan to scrap special trade arrangements with Hong Kong, under which the city has been treated as a separate customs and travel entity from the rest of China, according to analysts.

Cheng said that if the separate custom territory status is revoked, tariffs for exports to the US via Hong Kong will increase and trade volume routed through Hong Kong to the mainland will decrease, which will have a certain impact on Hong Kong's trade and related professional service sectors.

However, the impact on trade will be limited in the scope of the city's economy, which is dominated by a robust services sector, Chan told the Global Times in an interview on Friday, noting that local products that will face tariffs only account for less than 2 percent of Hong Kong's manufacturing sector and less than 0.1 percent of overall exports.

Also Hong Kong's trade with the US has already been on the decline in recent years due to the US-launched trade war against China. Experts said that Hong Kong's export sector is becoming ever more diversified and participation in the Chinese mainland-proposed Belt and Road Initiative and the Greater Bay Area development area will help cushion potential impacts from the US sanctions. 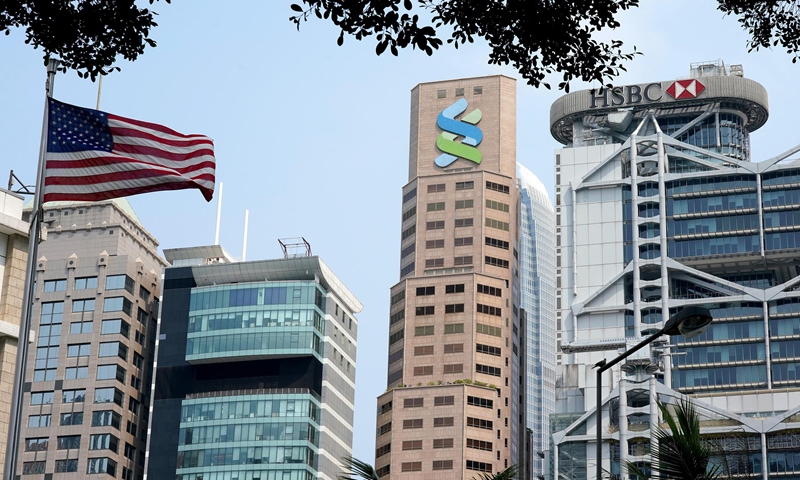 What make the US threats appear particularly weak is also the fact that the potential sanctions are also self-destructive for the US, as hundreds of US firms, billions in investment and a massive trade surplus have been put in jeopardy, officials and experts pointed out.

"Let's not forget, Hong Kong's exports to the US amount to only about $500 million each year and its external trade is not dependent on the US; conversely, the US has had an $297 billion trade surplus with Hong Kong over the past 10 years and $30 billion in 2018 alone," Liang Haiming, chairman of the China Silk Road Valley Research Institute in Guangzhou, told the Global Times on Sunday.

Liang noted that many of Trump's threats will be self-destructive, which will force the US and its companies to abandon a market of 1.4 billion people. "The real impact and damage [for the US] is difficult to estimate," he said.

Apart from a massive trade surplus, there are also over 1,300 US companies operating in Hong Kong, including almost all major US financial firms, according to official data. US foreign direct investment in Hong Kong also reached $82.5 billion in 2018.

In the statement on Saturday, the HKSAR government warned that the sanctions were not only unjustified but "will lead to a breakdown of the mutually beneficial Hong Kong-US relationship built up over the years and only hurts local and US businesses in Hong Kong."