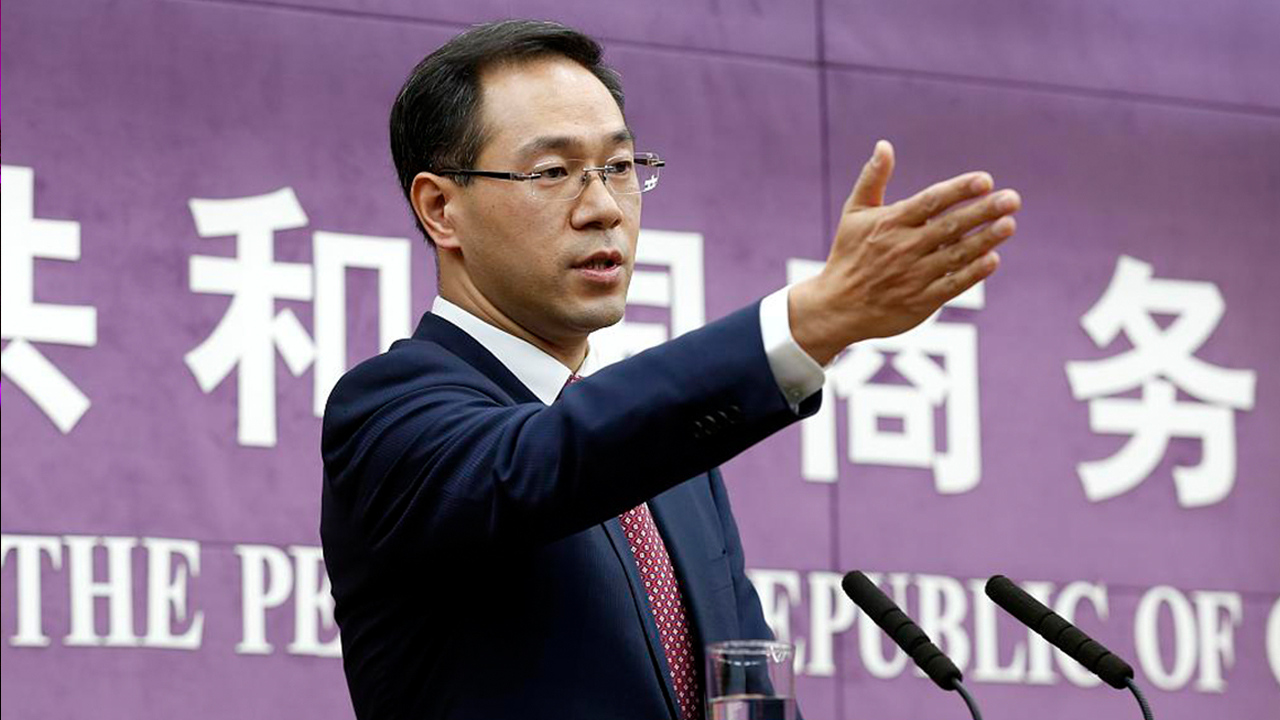 BEIJING (Xinhua) -- The United States has continuously and unilaterally been escalating trade disputes and caused serious setbacks in the China-US trade talks, Gao Feng, a spokesperson with the Ministry of Commerce (MOC), said at a press conference Thursday.

The United States Monday started the procedure of increasing additional tariffs on around 300 billion US dollars worth of Chinese goods.

Calling the move "bullying behavior by the United States" and an extreme-pressure trick against multilateral trading rules, the spokesperson said China is firmly opposed to it.

If the US side insists on raising tariffs, China will be forced to respond accordingly, said Gao.

He also said China does not have any knowledge of the US side's plan to come to China for consultation.

"The two sides had open and constructive communication during the 11th round of the China-US high-level economic and trade consultations. However, it is regrettable that the U.S. side unilaterally escalated trade disputes, which resulted in severe negotiating setbacks," Gao said.

Gao also said China noticed that goods which departed from China before May 10 and arrive in the United States before June 1 will still enjoy a 10-percent tariff according to a U.S. statement.

"But this cannot change the fact that the additional tariffs on Chinese exports to the United States have been effective starting May 10," Gao said.

"We urge the U.S. side to correct wrongdoings as soon as possible to avoid causing heavier damages to businesses and consumers in both countries and dragging down the global economy," Gao said.

"China always believes that raising tariffs is not a solution to the trade frictions," Gao said, adding that China does not want but is not afraid of a trade war and the country will be forced to take necessary countermeasures in response to the U.S. tariff hikes.

The spokesperson also said the impact of the China-U.S. trade dispute on the Chinese economy is "completely controllable," as the policies aimed at stabilizing the economy have paid off and domestic retail prices of consumer goods remain stable.

"With many policy tools and adequate room for macro policies, China is confident and capable of coping with any difficulty or challenge," he said.