The US pulling out of the Joint Comprehensive Plan of Action (JCPOA) disregards international law and obligations, oppressed Iran to the limit and obstructed Iran's fulfillment of the deal, which is the root cause of the rising tensions on Iran nuclear issue, said Geng Shuang, a Chinese Foreign Ministry spokesperson, on Thursday in response to US President Donald Trump saying that all sides should scrap the Iran nuclear deal and draft a new one. 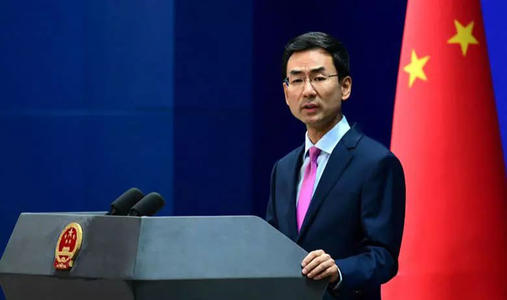 Geng said that the comprehensive Iran nuclear deal is an important multilateral-diplomatic achievement approved by the UN Security Council. The deal is the crucial pivot of the non-proliferation of nuclear weapons system and establishes regional peace and stability in the Middle East. The deal appears to be an essential part of the international order founded on international law.

Geng stressed that the international community should firmly safeguard the Iran nuclear deal and ease the tension of the Iran nuclear issue and the Middle East situation, adding that China will make seamless efforts to maintain close communication and coordinate with all related parties.