BEIJING, Dec. 17 (Xinhua) -- The United States' unilateralism and protectionism in trade have deviated from the multilateral trading system, violated economic laws and market rules, and affected the stability of global industrial and supply chains, the Chinese Ministry of Commerce said Saturday. 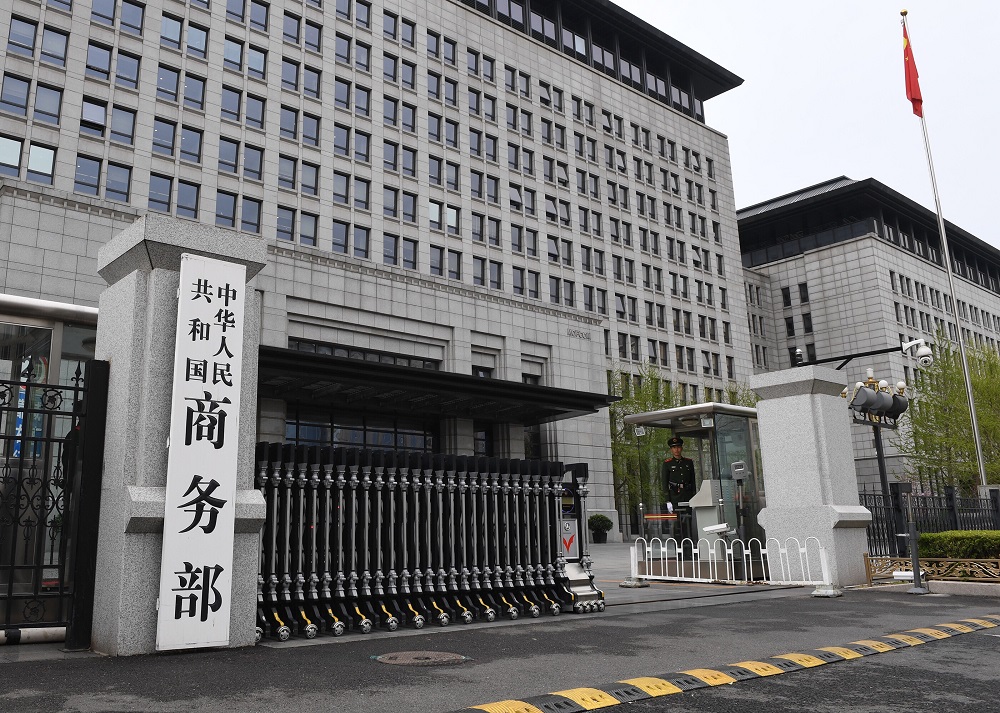 This photo shows the entrance to the Chinese Ministry of Commerce (MOC) in Beijing, capital of China. (File photo: Xinhua)

The remarks came in response to a media inquiry regarding World Trade Organization's (WTO) 15th Trade Policy Review of the United States, which was held ealier this week.

During the review, China expressed concerns over U.S. practices, such as introducing large-scale discriminatory subsidies, unilaterally imposing massive and high tariffs under Section 301, and abusing export control measures. It also raised 312 written questions to the United States based on WTO rules, said the ministry.

Other WTO members, including the European Union, Japan and Canada, also expressed concerns in the review over the systemic impact of relevant U.S. trade policies on the multilateral trading system.

As one of the three functions of the WTO, trade policy review is an important platform for WTO members to exercise their rights and express their economic and trade concerns.