China consistently opposes the US side using Xinjiang-related and religion issues to interfere in China's domestic affairs, a Foreign Ministry official warned on Wednesday. 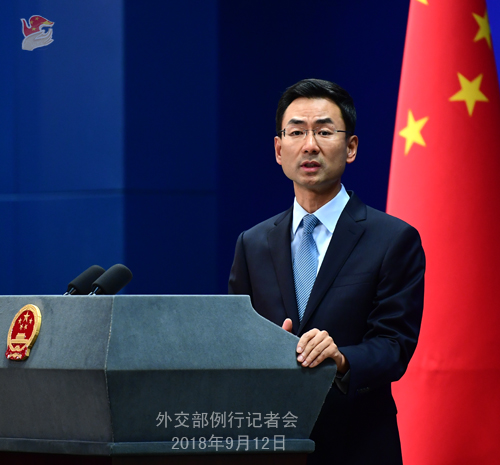 When asked to comment on reports that the US government is considering slapping sanctions on Chinese government officials involved in so-called human rights abuses in Xinjiang, Chinese Foreign Ministry spokesperson Geng Shuang told a media briefing in Beijing that the Chinese government protects its citizens' right to freedom of religious belief and people of all ethnic groups enjoy the full freedom of religious belief.

“We urge the US side to respect facts, discard prejudice and stop saying or doing anything that may undermine mutual trust and cooperation between the two sides,” Geng stressed.

The Trump administration is considering sanctions against senior Chinese officials and companies to punish Beijing’s detention of hundreds of thousands of ethnic Uighurs and other minority Muslims in large internment camps, according to current and former American officials, the New York Times reported.