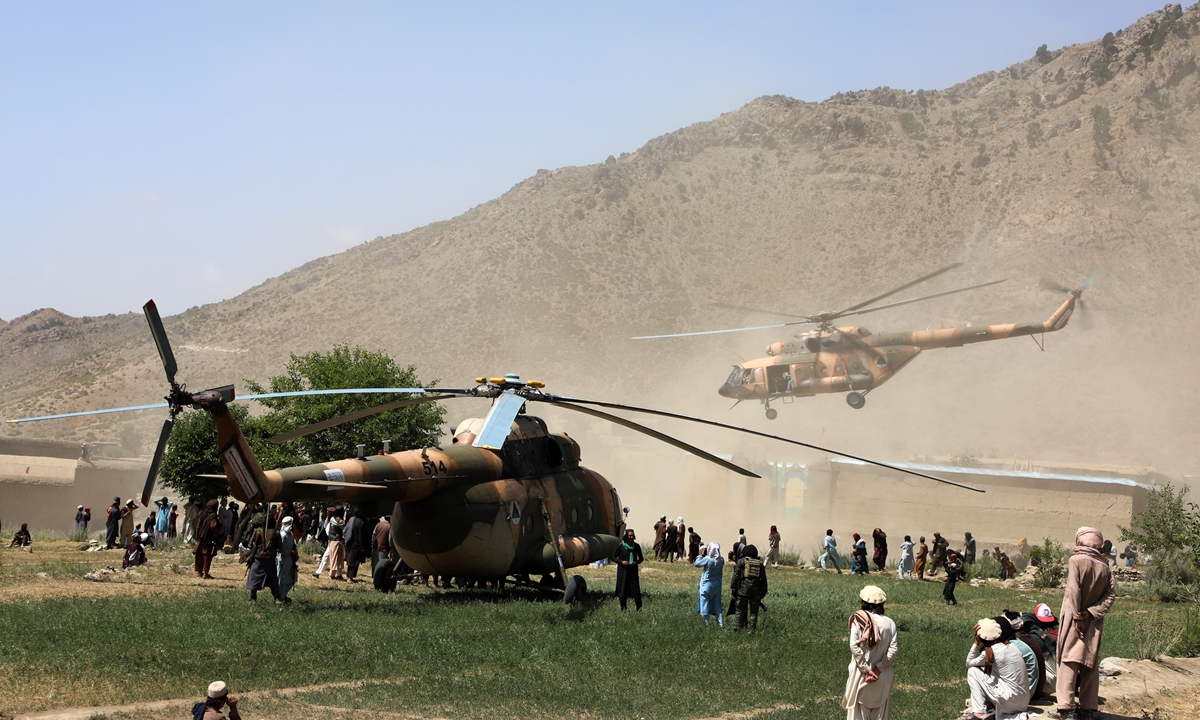 Uzbekistan hosted an international conference on Afghanistan issues on Tuesday with representatives from more than 20 countries and international organizations attending to develop measures and proposals to promote stability, security and post-conflict reconstruction in the war-torn country. Officials, analysts and the international community urged the US to unfreeze and return the money that belongs to the Afghan people in full to help overcome the humanitarian crisis in the country especially after a massive earthquake in June.

The two-day conference in Uzbek capital Tashkent was scheduled to start on Monday but was delayed for one day, the spokesperson for Afghan Taliban Zabihullah Mujahid was cited by media as saying. Acting Afghan Foreign Minister Mawlavi Amir Khan Muttaqi led a high-level government delegation to Tashkent on Sunday.

Unblocking the assets would spur the economic recovery process in Afghanistan, Acting Foreign Minister Norov Vladimir Imamovich told the conference in Tashkent, according to the report.

On Monday, Muttaqi held talks with senior Uzbek officials to discuss infrastructure projects and when addressing the reporters after the meeting, Muttaqi emphasized the need to have "a positive interaction with [the] whole world," according to the Taliban Times.

Previously, during a meeting on Afghanistan in Tunxi, China's Anhui Province in April, regional countries agreed to support Uzbekistan to host this international conference on Afghanistan issues and since it has been more than 10 months since the Taliban formed the caretaker government in Afghanistan, regional countries and the international community have been engaged in interactions with the Taliban government on discussing security and other issues, Zhu Yongbiao, director of the Center for Afghanistan Studies in Lanzhou University, told the Global Times.

The meeting in Tunxi was held by China in April where foreign ministers of Afghanistan's neighboring countries and the Taliban met for comprehensive discussions on the situation in Afghanistan and related cooperation.

The Tuesday conference was held several days ahead of the foreign ministers' meeting of the Shanghai Cooperation Organization which is scheduled to start on July 28 to 29 in Tashkent with Chinese State Councilor and Foreign Minister Wang Yi to attend.

Aside from security issues in Afghanistan, regional countries are concerned over counterterrorism and improvements in regional connectivity, Zhu said, referring to the railway project the Afghan Taliban is discussing with Uzbek government.

Although it is hard to make concrete progress on major issues related to Afghanistan and there has no official recognition from the international community, the Afghan Taliban has been active in making interactions with other countries to improve its international status, the expert said.

Representatives of India, Russia, the EU, the US, China, the UK, Japan, Iran, Pakistan and multiple other Asian countries reportedly attended the Tuesday conference. The US State Department announced that special envoys Thomas West and Rina Amiri are scheduled to attend the conference to underscore the US' "unwavering support for the Afghan people." They will have direct talks with the Taliban on Wednesday.

The talk between the US and the Afghan Taliban may focus on how to allow the Afghan central bank to use the frozen funds - amid intensified calls, US President Joe Biden signed an executive order in February to unfreeze $7 billion from the nearly $9.5 billion in assets belonging to the Afghan central bank the US had held, said Zhu, noting that the money has not fully returned to the Afghan people since the US stressed returning the money through mechanisms or nongovernmental organizations without interference of the Taliban.

However, given the increasing humanitarian crisis in Afghanistan, especially after the earthquake in June, more assistance should be offered to the war-torn country to help the Afghan people, said Zhu.
More than 400,000 people signed an online petition started by the Global Times in February to require the US to return life-saving money to Afghans.

China's Permanent Representative to the United Nations (UN) Zhang Jun urged the US to return Afghan people's money "in full" as it is not "a virtue of generosity, but a matter of course" at the UN Security Council Briefing on the United Nations Assistance Mission in Afghanistan (UNAMA) in March.