CHINA US urged to reverse course, back multilateralism

US urged to reverse course, back multilateralism 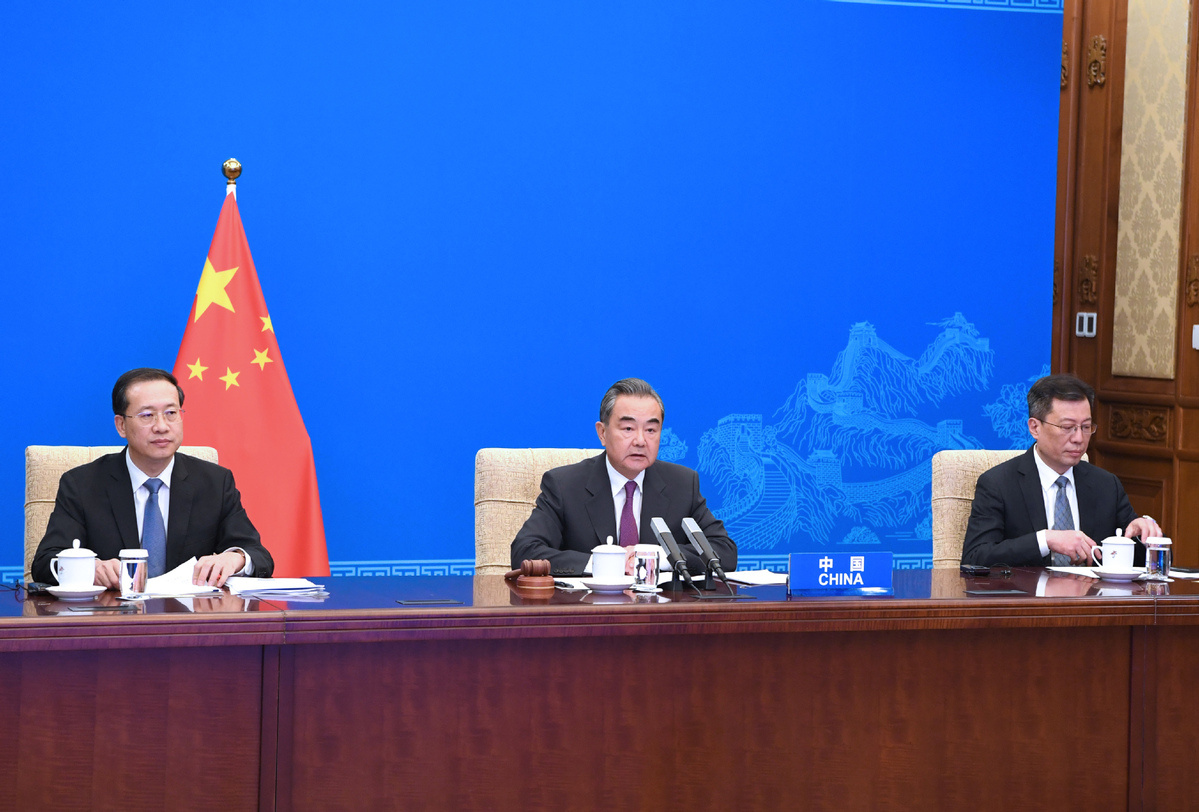 All countries are ready to see the United States change the way it has followed in the past few years, truly practice multilateralism and make contributions in this regard, State Councilor and Foreign Minister Wang Yi said.

Multilateralism is the only way to achieve lasting peace and sustainable development, and this requires all nations, especially big countries, to play an exemplary role, Wang said when chairing a United Nations Security Council open debate on multilateralism on Friday.

As the rotating president of the UN Security Council in May, China hosted the high-level video conference with the theme of "upholding multilateralism and the UN-centered international system".

During the debate, US Secretary of State Anthony Blinken said, "I know that some of our actions in recent years have undermined the rules-based order and led others to question whether we are still committed to it."

"Under the Biden-Harris administration, the United States has already re-engaged vigorously in multilateral institutions," Blinken added.

Wang Yi said the UN General Assembly is an important institution for practicing multilateralism and a primary platform for promoting the democratization of international relations.

China supports strengthening contacts and interaction between the General Assembly and the Security Council, jointly making new contributions to enhancing the effectiveness and authority of multilateralism and improving global governance, Wang said.

Russian Foreign Minister Sergei Lavrov said all parties should safeguard international law, maintain the international order with the United Nations at the core, and safeguard the purposes and principles of the UN Charter.

He pointed out that no parties should regard the rules formulated by individual or a small number of countries as international rules, or engage in confrontation and ideological discrimination.

Wang endorsed Lavrov's speech, saying that Russia, as a permanent member of the UN Security Council, is an important party in safeguarding international peace and security.

The Russian side has repeatedly called for the championing international law and the tenets and principles of the UN Charter, emphasizing the need for unity rather than division, which is of great practical significance and represents true multilateralism, Wang said.