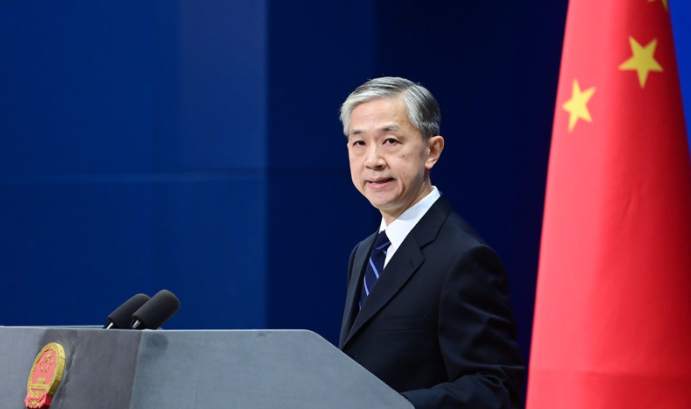 The so-called “Uygur Tribunal” in London was another “anti-China farce” concocted by a few people, neither legal nor credible, Ministry of Foreign Affairs spokesperson Wang Wenbin said in Beijing on Thursday.

Wang made the remarks at a press briefing in response to a tribunal to convene on Friday.

“The pseudo-tribunal has nothing to do with the law. It is stealing the name of the tribunal to conduct anti-China political and public opinion manipulation, which is pure blasphemy against the law,” he said.

“The tribunal gathered a group of people who make a living by anti-China activities. Their biggest sponsor is the World Uygur Congress that advocates Xinjiang separatism,” Wang said.

“The so-called ‘experts’ and ‘witnesses’ of this tribunal include familiar institutions and personnel who have been spreading Xinjiang-related lies for a long time, such as the Australian Strategic Policy Institute and Adrian Zenz, as well as many actors whom we have exposed many times for fabricating various non-existent persecutions,” Wang said.

“It is entirely conceivable that the so-called ‘trial’ is nothing more than playing with the law, which will only make the world more aware of the meanness of the Xinjiang-related lies and rumors.”