Running through the mountains of Central Asia, the Angren-Pap railway line is a significant project in the cooperation between China and Uzbekistan under the Belt and Road Initiative. It also serves as part of an international transport corridor along the Silk Road that connects China, Central Asia and Europe. The 19.2-kilometer Qamchiq tunnel, the longest in Uzbekistan and Central Asia, is hailed as a miracle of engineering and known as "President Project No.1." 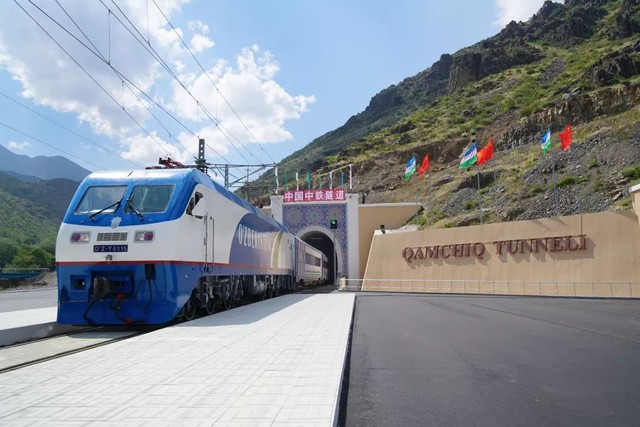 A train leaves the Qamchiq Tunnel, part of the Angren-Pap railway line, in Uzbekistan. (Photo: Xinhua)

The project is an important and difficult project in the construction of the Angren-Pap railway. It took workers 900 days to complete the project, which finally opened on February 25, 2016. The tunnel allows trains to travel through the mountains in only 900 seconds.

The Qamchiq Tunnel is an extremely difficult project. It crosses seven geological faults, and rock bursts of moderate intensity happened more than 3,000 times, causing severe security threats and psychological stress to railway workers. Workers toiled in bitter winter, when temperatures were as low as -43 ℃ and avalanches were likely to occur. However, with Chinese technology and standards, this impassable rock turned into a thoroughfare despite difficult conditions. 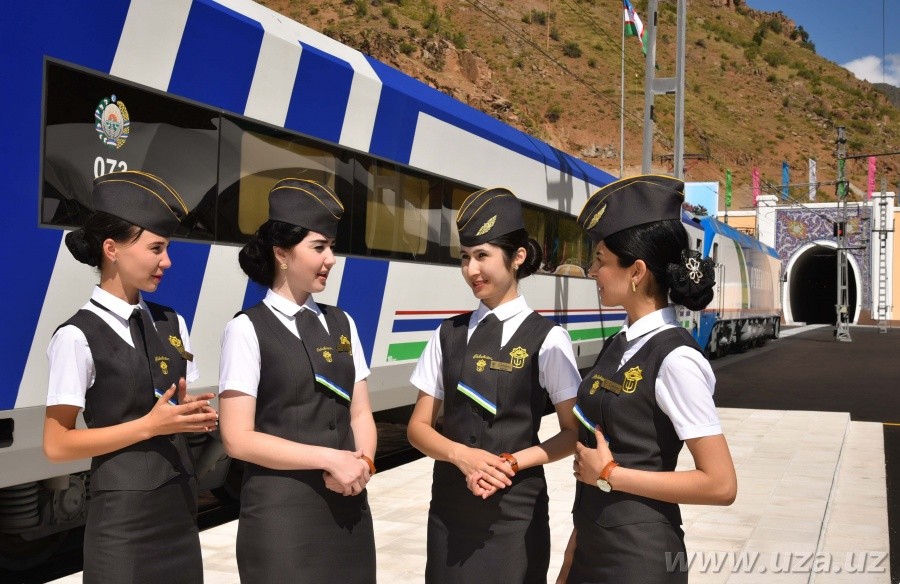 The Qamchiq Tunnel is a new bond of friendship and cooperation connecting the peoples of China and Uzbekistan. Then-Uzbek president Islam Karimov highly praised the project and Chinese workers in his 2016 New Year address and at a cabinet meeting on economy that January.

The Qamchiq Tunnel is a benchmark connectivity project carried out under the Belt and Road Initiative (BRI), a development initiative proposed by Chinese President Xi Jinping in 2013. Uzbek people no longer have to detour 150 kilometers through foreign territory when traveling from Tashkent to Fergana, and the travel time has been reduced by six hours to three hours. The project greatly boosts rail transport, as well as economic and social development in Uzbekistan. 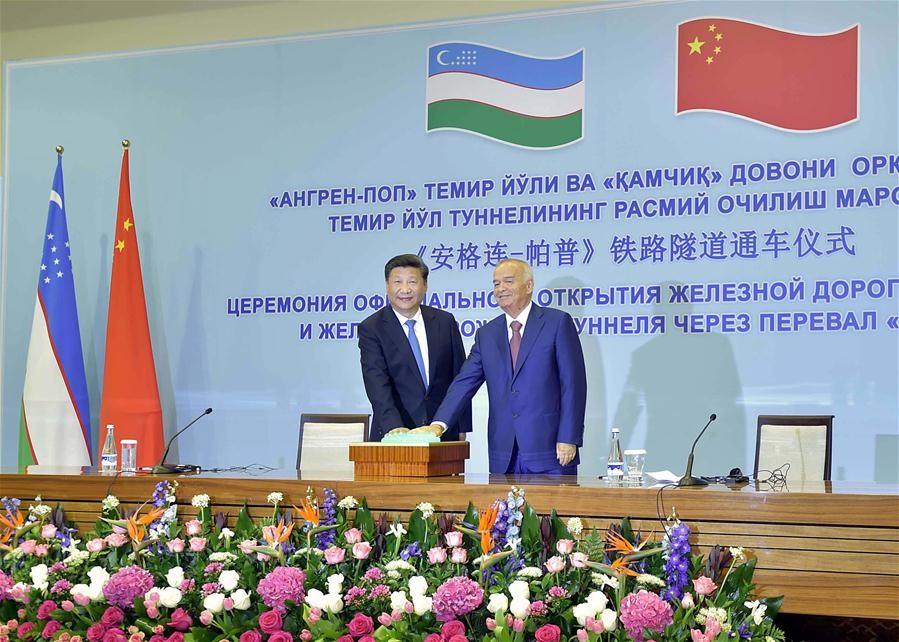 President Xi Jinping (left) and then-Uzbek president Islam Karimov attend the inauguration ceremony, as they watch via video link the opening of the Qamchiq Tunnel, part of the Angren-Pap railway line, in Tashkent, Uzbekistan, on June 22, 2016. (Photo: Xinhua)