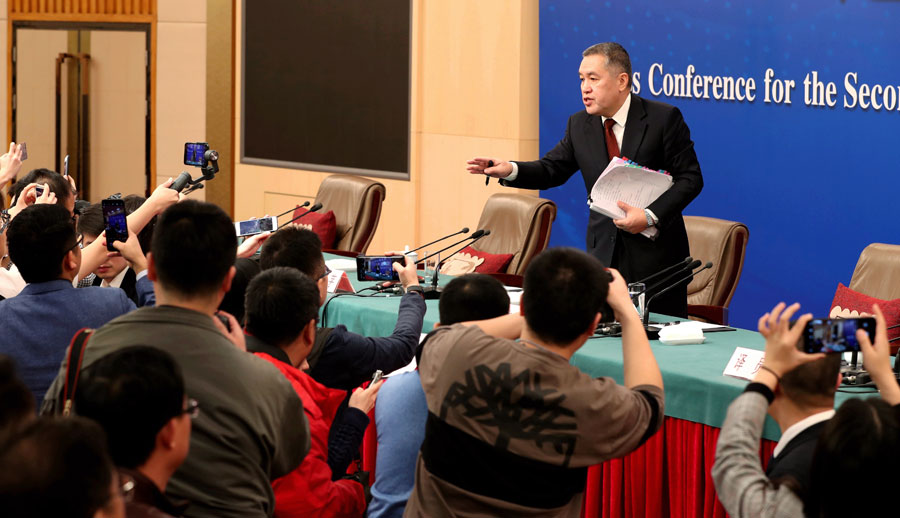 Zhang Mao, head of the State Administration of Market Regulation, speaks with reporters after a news conference on market supervision during the ongoing session of the 13th National People's Congress in Beijing on Monday. (Photo: China Daily)

Vaccines are a major public health issue because they involve matters of life and death as well as national security, and efforts are now being made to establish an effective supervisory mechanism over vaccines, said Jiao Hong, head of the China Medical Products Administration.

To ensure effective supervision over the sector, the administration will focus on urging vaccine producers and local drug authorities to carry out their respective duties, Jiao said at a news conference in Beijing during the annual sessions of China's top legislative and advisory bodies.

The administration will further clarify supervisory responsibilities on the part of local drug authorities, and urge provincial-level drug authorities to intensify site inspections over vaccine producers, she said.

The administration will increase patrols and random inspections over vaccine producers across the country, and severely punish violators, Jiao said.

Meanwhile, it will improve training of drug inspection officers to improve their efficiency, she said.

The safety and quality of drugs have been a major public concern over the past few years in China, with sporadic reports of alarming incidents such as the use of expired vaccines.

Changchun Changsheng Bio-tech Co, a major producer of a rabies vaccine in Jilin province, was found by China's top drug regulator last year to have committed various violations such as using expired materials and faking production over a four-year period.

Although no deaths or injuries linked to the case have been reported, the incident shocked the nation, prompting top officials to vow intensified supervision over the sector.

A new law, the Vaccine Administration Law, which imposes much higher penalties on violators, was drafted and submitted to the top legislature for review at the end of last year. 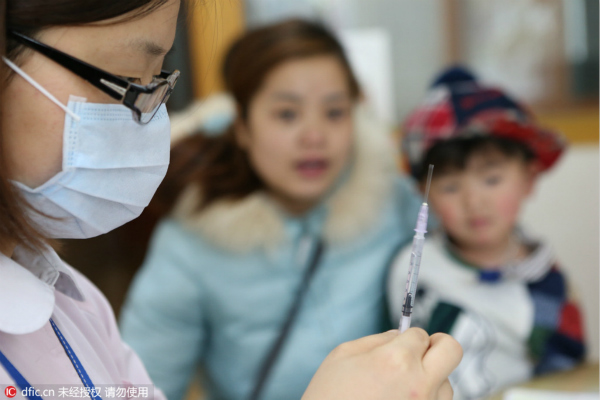 A Chinese medical worker prepares to vaccinate a young kid at a hospital in Shanghai, China, March 20, 2016. (Photo: IC)

Jiao said the new law will impose stricter supervision over vaccines, covering the whole manufacturing chain including research and development, production, circulation and use.

"We are working with related departments to research and formulate additional legal regulations and rules to prepare for its implementation," Jiao said.

Gao Fu, head of the Chinese Center for Disease Control and Prevention, said incidents such as the Changchun Changsheng case are just individual cases and do not represent the entire sector.

"We should not compromise our faith in the power of vaccines in disease prevention and control, nor in the quality and safety of vaccines produced in China," he said.

Fang Laiying, a member of the 13th National Committee of the Chinese People's Political Consultative Conference, China's top political advisory body, suggested during the body's ongoing annual session that a product-tracing system be established to ensure the safety and quality of vaccines.

"Every box of vaccines should have a code that stores product information, including its date of manufacture, circulation and use, so the batch can be quickly recalled if anyone reports quality problems, and users of such vaccines can be precisely identified," said Fang, who is also vice-president of the Chinese Hospital Association.