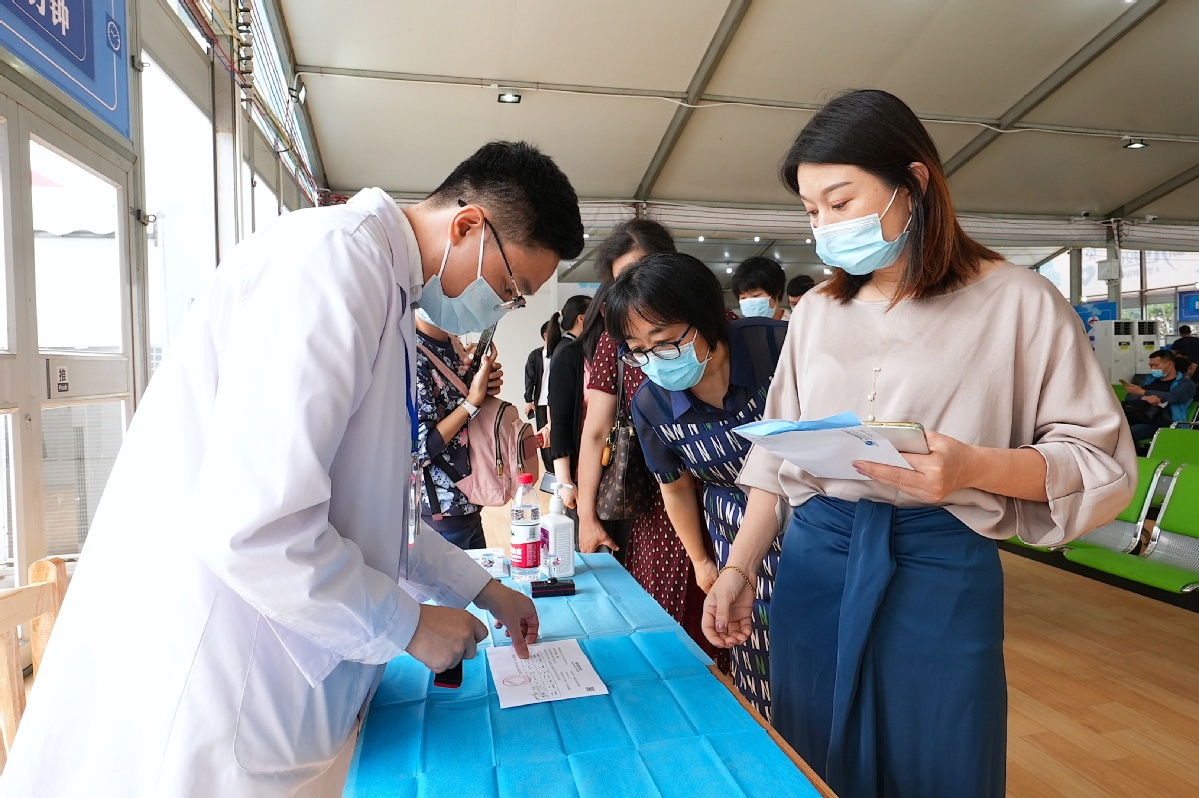 Citizens line up at a vaccination site for a dose of the recombinant COVID-19 vaccine in Guangzhou, South China's Guangdong province, on April 26,2021.(Photo: IC)

The mass vaccinations organized in Guangzhou, Guangdong province, have played an important role in preventing and controlling the spread of the coronavirus, a senior medical expert said.

"The results of clinical feedback show that the effect of our vaccines in the prevention of serious cases were extremely outstanding," Cai Weiping, an expert on infectious diseases at Guangzhou No 8 People's Hospital, told Southern Metropolis Daily.

"All the confirmed locally transmitted cases and asymptomatic carriers in this round of the outbreak in Guangzhou involved mutated strains detected in India. It is characterized by rapid and strong transmission."

Many patients' condition will worsen in two to three days, as the virus is quite active, he said.

"But infected residents who have been vaccinated against COVID-19, including those who got only the first dose, are seeing only light symptoms — or they are asymptomatic."

Cai urged the public to be vaccinated in a reasonable and orderly manner in the weeks ahead. His hospital is designated for COVID-19 patients in Guangdong.

The province reported 11 new confirmed cases and two asymptomatic carriers on Monday. All were detected in Guangzhou, the Guangdong Health Commission said in a statement on Tuesday.

As of Monday, Guangdong had reported a total of 2,468 confirmed cases, including 1,035 imported ones.