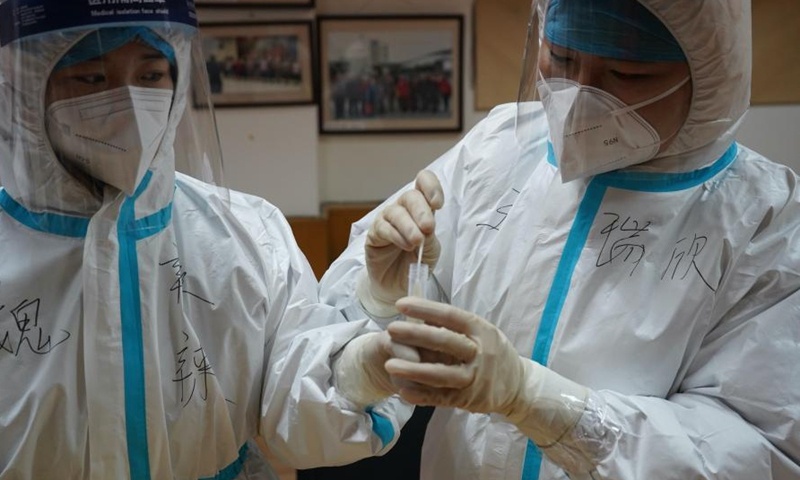 Various provinces and cities across China are promptly tracing local people who may have come into close contact with COVID-19 patients in North China's Hebei Province, where several infected clusters were recently found, bringing risks of cross-regional spread of the coronavirus.

The health authority in Wuhan, Central China's Hubei Province, said on Tuesday that is has quarantined 548 people who came into close contact with two cases reported in Hebei on Sunday. The two patients had been to Wuhan recently, it explained.

In Hebei's neighboring city of Beijing, authorities quickly traced 95 people who came into close contact with a confirmed patient reported in Gu'an County of Hebei on Monday, whose workplace was found to be in Beijing's downtown Xicheng district, said Xicheng authority on Tuesday morning.

The district took samples from 5,879 people who may have had overlapping travel history with the patient, but all the results came back negative, local authority said.

Xi'an, the capital of Northwest China's Shaanxi Province, said on Monday that it had quarantined nine close contacts of a COVID-19 patient reported in Hebei, as well as 1,997 people who had close contact with the nine people.

The nine close contacts all tested negative. Xi'an had finished testing 1,865 of the remaining 1,997 people, all of which came back negative for COVID-19, said the Xi'an government at a press conference on Monday.

Shaanxi reported an 11-year-old suspected COVID-19 case on Tuesday morning, which is likely related to the cases in Hebei. Under growing pressure to control the epidemic, Shaanxi had tracked and checked 96,200 pieces of information from people with recent travel histories to Hebei as of Sunday, and had put 12,000 people under management based on their information, the local government said.

Hebei, currently the hardest-hit Chinese province with the most local COVID-19 patients this winter, reported 40 new confirmed cases on Tuesday. At least three of them had been to other provinces and cities including Anhui, Shaanxi, Guizhou and Tianjin, showed their travel histories released on the website of Hebei's health commission on Tuesday.