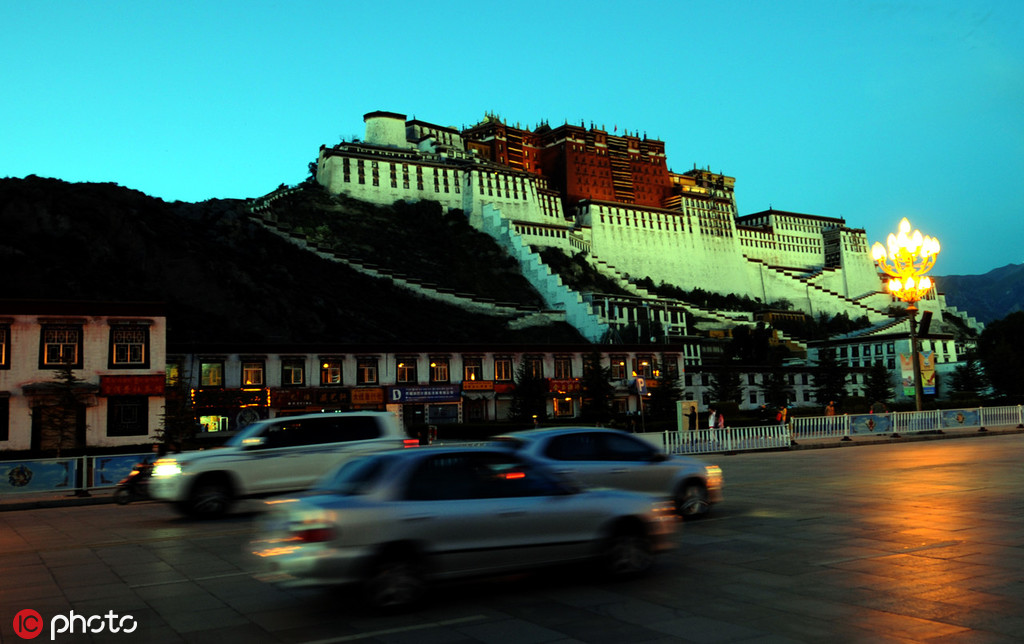 LHASA -- The number of vehicles reached 264,941 as of June in Lhasa, the capital city of Southwest China's Tibet autonomous region, according to the vehicle administration of the city's public security bureau Tuesday.

Lhasa has issued 187,092 driving licenses. In January alone, a daily average of 126 new vehicles were registered.

"Basically it means that every two persons in Lhasa own a car based on its current population of 550,000," said Huang Jinlong, deputy director of the administration. "The increase in the number of vehicles is attributed to the fast growth in income of local residents."

Official data showed the per capita annual disposable income in the urban areas in Tibet was 33,797 yuan (about $4,925) in 2018 and 11,450 yuan in rural areas. "We're living a better life year by year," said Cering Zhaxi, in Dagze county, who bought a truck and a car about two years ago.

"Car sales soared by more than 50 times over the past seven years," said a salesperson with a local auto sales company.

To cater to the surging demand, Lhasa has put into use four vehicle inspection centers and three others are under construction. It has also simplified procedures of vehicle registration and driving tests.