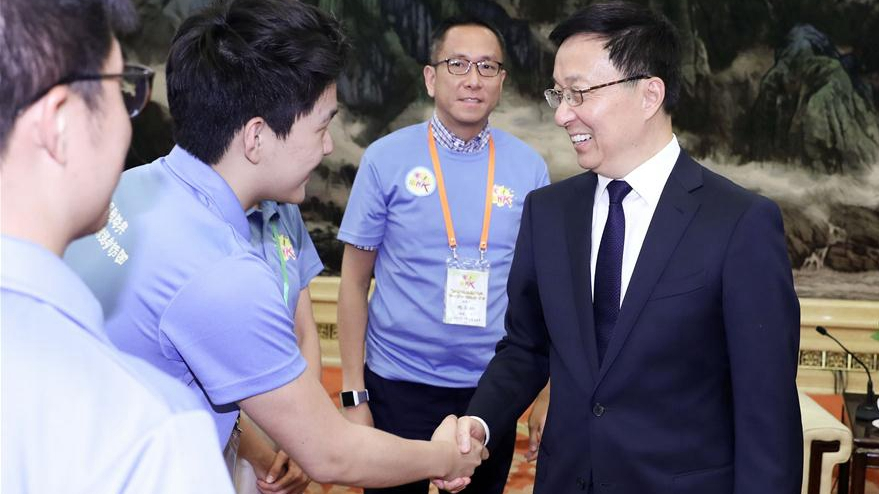 The implementation of "One Country, Two Systems" has reaped globally recognized success since Hong Kong's return to China, Vice Premier Han Zheng said on Friday when meeting with a youth delegation from the Hong Kong Special Administrative Region (HKSAR) in Beijing.

Han, also a member of the Standing Committee of the Political Bureau of the Communist Party of China Central Committee, joined a symposium with the delegation at the Great Hall of the People in Beijing.

The delegates from Hong Kong also spoke at the symposium, saying that the visit to the Chinese mainland added to their knowledge of the economic and social development of the country, and strengthened their faith in taking part in it.

They will uphold their love for the country and Hong Kong, combine the requirements of the country with their own advantages, and offer their own strengths to the reform and opening up and the modernization of China, they said.

The delegation consists of more than 140 young people from Hong Kong, including leaders of youth social communities, college students, and teachers among others. They have visited the cities of Shenzhen, Wuhan, and Beijing.