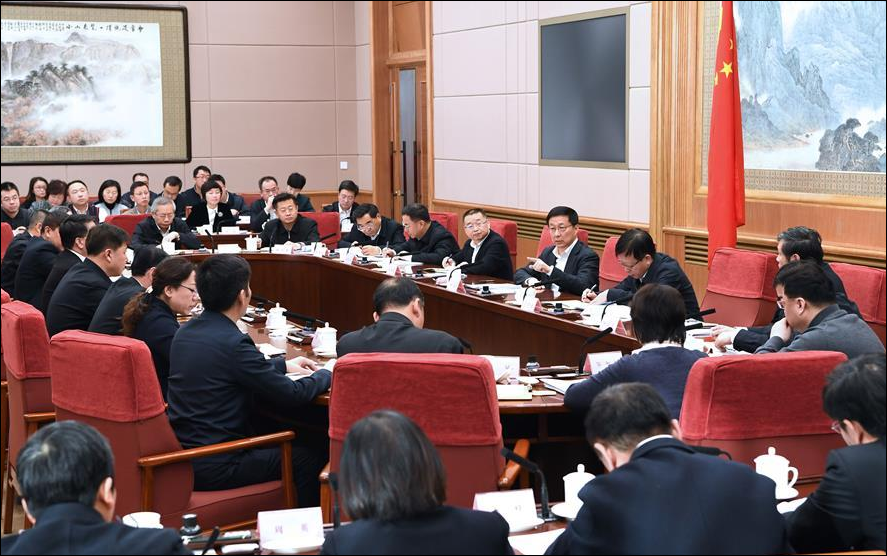 Chinese Vice Premier Han Zheng, also a member of the Standing Committee of the Political Bureau of the Communist Party of China Central Committee, speaks at a symposium on healthcare security in Beijing, capital of China, on Jan. 10, 2019. (Photo :Xinhua)

Han, also a member of the Standing Committee of the Political Bureau of the Communist Party of China Central Committee, ordered a crackdown on medicare fund fraud at a symposium on healthcare security.

"The medicare funds save people's lives," Han said, adding that a permanent system to supervise and manage the funds should be established as soon as possible.

China's National Healthcare Security Administration launched a nationwide campaign to combat medicare fund fraud at the end of 2018, focusing on violations including the fraudulent use of social security cards and falsification of medical documents.

Han also underscored the importance to improve the unified systems of basic medical insurance and serious disease insurance, and called for efforts to bring more benefit to people from medicare services.

"More lifesaving drugs and other drugs that people need should be added to the medical insurance reimbursement list," he said.